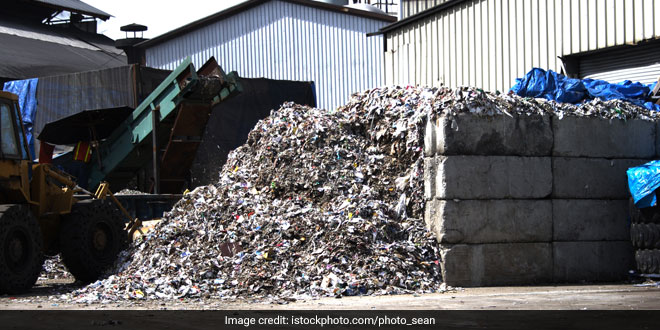 This is an important milestone for Muzaffarpur. It is the first city in Bihar to set-up a fully functional waste processing site and the only city in the whole of north India to have above 70 per cent waste segregation at source, said Chandra Bhushan, Deputy Director General, Centre for Science and Environment, which is working with the Muzaffarpur Municipal Corporation (MMC).

By January 1, 2019, all 49 wards of Muzaffarpur will have segregation practiced at source, along with five model centres to make compost fertiliser and process recyclable wastes like plastic, glass, metal, etc, he added. Volunteers have been going door-to-door to educate the residents on segregation of waste into wet, dry and domestic hazardous waste.

Muzaffarpur is the first city in Bihar to have its own solid waste management bye-laws and is enforcing the ban on plastic carry bags which was recently announced by the state government, said Sanjay Dubey, Municipal Commissioner.

“We are making money out of waste. So far, we have sold two tonnes of compost. Once all processing centres are operational, we can produce 25 tonnes of compost every day which will be sold to farmers and residents,” added Mr. Dubey.