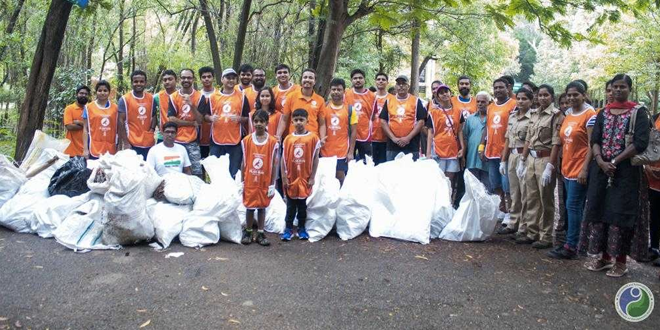 Mumbai: It was a special morning at work for civic worker Shekharan Vasu as it was for the first time in his 8-year-old career that he would have a role-reversal. This time, instead of him, people In Bengaluru would clear the garbage lying on roads. Stationed at Richmond road, Shekharan shouted, ‘Run, Pick, Jog, Plog’ as he distributed cloth bags to hundreds of volunteers who had gathered at seven in the morning on October 2 to participate in the ‘Plogging’ initiative. ‘Plogging’, a concept that was originally introduced in Sweden, means picking up trash such as used plastic cups or covers, while jogging or running and cleaning up the place. The Bruhat Bengaluru Mahanagar Palike (BBMP) adopted this concept to celebrate Gandhi Jayanti. 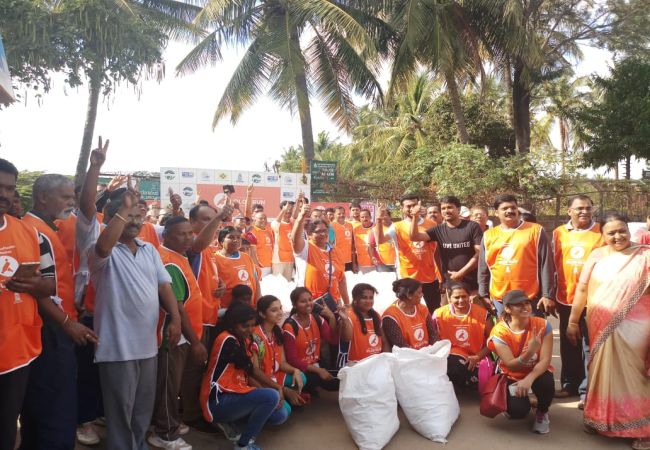 The plog run was organised across 55 locations in Bengaluru

Calling the joint initiative between people and government as a ‘wonder’, Dr G Parameshwara said, “Kudos #Bengaluru! Your joint effort with BBMP to get rid of plastic in the city on the occasion of Gandhi Jayanthi is all set to create a Guiness World Record. Shows that people and Government joining hands for good causes can achieve wonders.”

Kudos #Bengaluru! Your joint effort with BBMP to get rid of plastic in the city on the occasion of Gandhi Jayanthi is all set to create a Guiness World Record. Shows that people and Government joining hands for good causes can achieve wonders.#PlasticFree #IAmLessPlastic pic.twitter.com/9PLZxsN5iB

Bengaluru Civic Body Commissioner, Manjunatha Prasad and Mayor Gangambike Mallikarjun also picked up garbage to set an example that government is equally responsible for clearing litter menace as the citizens are.

The plog run was the best way we could give a tribute to Mahatma Gandhi who always propagated the importance of cleanliness. Through the run, we were also able to inform people about concepts of recycling as the all the plastic waste collected was sent to recycling units in the city. We hope to organise Swachhta activities in the future as well to increase community participation, Mr Prasad told PTI

The plog run was organised across 55 locations and more than 7,000 people came forward to collect plastic waste from the city. The 3-km run resulted in collection of 34 tonnes of dry waste including plastic bottles, bags, wrappers and other kind of litter. The collected waste was transported to the recycling units by the Sahas NGO that works in the field of solid waste management.

34 tonnes of dry waste was collected

We had targeted about 5,000 people and the response was overwhelming. The number increased to 7,000 and we had to increase the number of locations from 50 to 55. Besides providing water to the participants, we did not give anything else and yet people turned up in huge numbers. This only goes to show that people are willing to be a part of the change. It is staggering to see how tonnes of waste was collected within two hours. If we continue to organise such initiatives we can make the city litter-free in no time, says Manish Michael, Chief Executive Officer from United Way Bengaluru, an organisation that was one of the partners of the plog run.

From children, men, women, elderly, corporate employees to college students, people from all walks of life ran for a Swachh Bengaluru

The plog run was an eye-opener for me as I noticed how our actions can harm the environment. It made me the realise how difficult it is to keep the streets litter-free with people constantly dumping waste on the roads. It was also a good cardio exercise as I had to bend down to pick up the waste and then continue my run. I will make a conscious effort to not litter in future, says Crislin Rozario, a participant in the event who works in an IT firm.

The BBMP is aiming to enter the Guinness Book of World Records for having the world’s largest plastic-free movement.