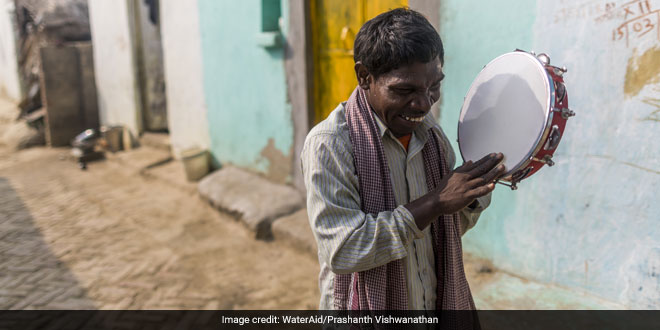 New Delhi: Walking in isolated spaces to look for a place to defecate is hard to imagine. The situation is even worse when someone is visually challenged. Here is a story of Sadhu Majhi who not only ensured that he constructs a toilet in his house, but also made sure that the entire community refrains from defecating in the open

Fatehpur village in Gaya district of Bihar is home to 48 families. The community is located in the far interiors of the region and is spread across large agriculture lands. With a majority of the community members working as daily wage labourers in farms owned by affluent landlords, also known as babus, or in a brick factory nearby, the access to clean water and decent toilet has always been a concern. 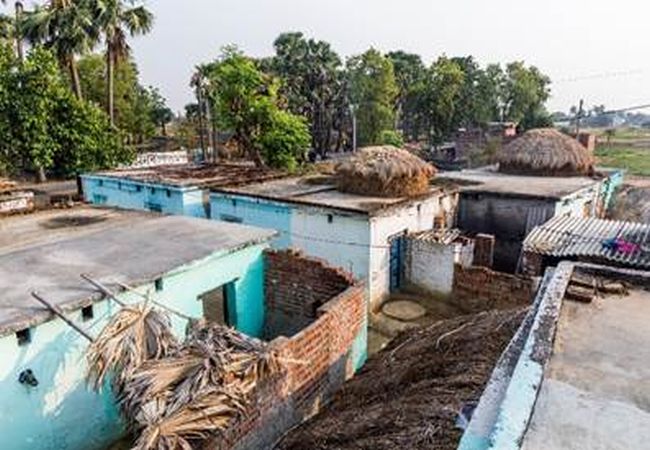 A view of Fatehpur village in Gaya district of Bihar

As there were no toilets in the village until a year ago, open defecation was largely prevalent. However, it was a huge challenge for the villagers to find an isolated space to defecate. A major part in the vicinity was owned by the babus, who mostly lived in nearby semi-urban communities but kept close watch on their land. The babus would often restrict any trespassing by the marginalised villagers who would come in search for an open space to defecate.

It was their [babu’s] land, and they did not want us to spoil it. We would only go to work in their area and be paid for it. Other than that, we were not allowed to trespass at all, shared one of the villagers.

The situation was even worse for Sadhu Majhi, a 45-year-old visually challenged community member. His inability to see added to the ordeal of looking for a secluded space to relieve himself every day.

Over a year ago, Sadhu Majhi overheard his neighbour, Jhalo Devi, talk about the benefits of having a toilet at home. Jhalo Devi, a mother of four often struggled to ensure that her daughters and daughter-in-laws were safe when they ventured out to defecate in the open. In the past she did try to understand the process of toilet construction, but failed. During a recent visit to a neighbouring community, Jhalo Devi saw a functional toilet (constructed under government’s flagship programme – Swachh Bharat Mission) and was excited to construct one at her house as well. She shared the same with Sadhu Majhi and so began their pursuit to build toilets in their houses. Curious and unaware, Sadhu tried to understand the process of constructing one and the means by which he could make it possible. 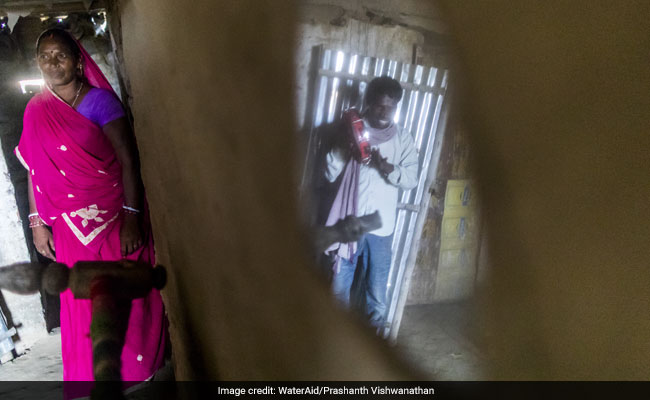 Soon, Sadhu and his wife began with the construction of toilet and all this, only with the information provided by Jhalo Devi. Simultaneously, WaterAid began with the paper work and baseline surveys under Swachh Bharat Mission (SBM). During community mobilisation, a majority of the families showed indifference to build a toilet at home. However, Sadhu Majhi’s will to build a toilet came into light, and WaterAid and its partner along with the block and district level officials worked together to make the process simpler. At the onset, Sadhu and his wife dug the pits on their own, and soon trained masons joined in to expedite the process.

My wife and I began with digging a hole on the ground, as guided by Jhalo Devi. It was difficult, but I was very excited about the end result. We were then informed that a group of masons have been trained to build the toilet as per the government standards, such as a twin-pit and apt size of the toilet, amongst other specifications. I had never heard of twin-pit toilets, so we were also guided and informed about the progress from time to time by these volunteers [WaterAid and its partner]. Once the toilet was constructed, it seemed like half of my life problems vanished. For my wife too, who is affected by polio and finds it difficult to walk properly, the toilet made our life very easy. Finally, we did not have to walk kilometres during wee hours of the morning or get troubled by the babus, exclaimed a much relieved Majhi.

Once the toilet was constructed in his house, Sadhu Majhi tried to talk to other community members to convince them to construct one in their houses as well. He would invite them home to take a look at the toilet so they could be motivated. But barely did anyone pay heed to his concern. He then made a resolve and took it upon himself to ensure that every house in the village had a toilet so that nobody would have to defecate in the open. 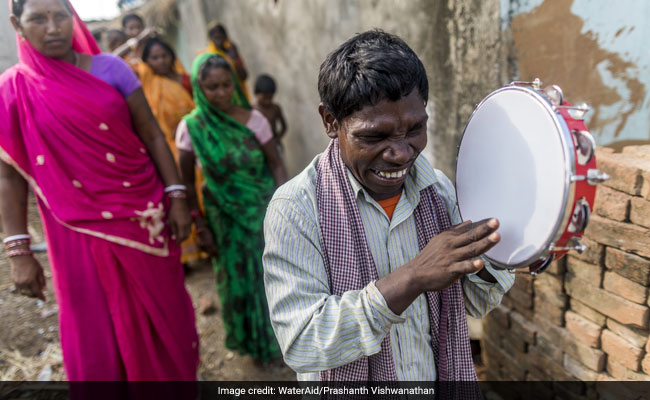 When motivational talks did not work for Majhi to convince others, he became innovative in order to attract people towards toilets in an interesting way. He composed a song in their local language, Magahi to make the boring conversations more fun. He would play his music instrument (a type of drum) and go around the village singing the benefits of having a toilet at home, mostly inspired by instances in his own life in order to mobilise people. He was persistent and sang the song every day for over a month while roaming around the village community to initiate conversations about the issue to whoever who chose to hear him and even to those who gave him a deaf ear.

Gradually, Majhi’s brothers and close neighbours took into consideration his message on the importance of having a toilet in their homes. The change in mind-sets rippled from his brothers to start off with and finally to the entire community. 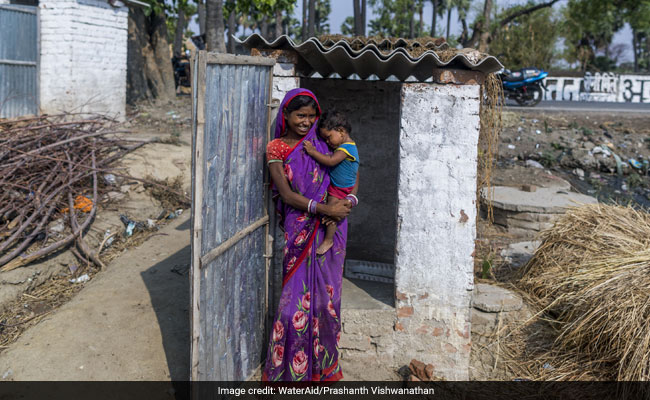 Dhaneshwari Devi, a community member, stands outside her toilet

And today, thanks to Majhi and his songs which were determined to convince the people in his community, the village is now open defecation free. With time, each and every household constructed a toilet in their house. All this only with the focussed vision and undying efforts of Majhi. His inability to see never got in the way of anything. Majhi is not just an inspiration today for the entire community, but for nearby villages as well.

Ishita Rampal is the Content Officer at WaterAid India. With her Masters’ degree in Development Communication and Extension, Ishita has had the opportunity to work at the grassroots as well as at the planning and implementation level. Her core competencies include conceptualising communication strategies and building relationships in the area of media and communication. Previously, Ishita has effectively held and organised events and campaigns on social issues.