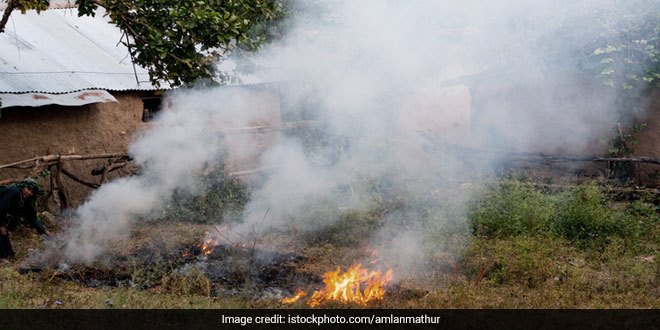 The Commission for Air Quality Management in NCR and Adjoining Areas (CAQM) with the support of NGO Air Pollution Action Group, had initiated the pilot project with the help of the South Delhi Municipal Corporation (SDMC) in its jurisdiction in December 2020, to abate air pollution from non-point dispersed sources

New Delhi: The Centre-appointed air quality panel will implement a project in the national capital from Wednesday (October 27) to control air pollution from dispersed sources with a special focus on the winter season. The Commission for Air Quality Management in NCR and Adjoining Areas (CAQM) with the support of NGO Air Pollution Action Group, had initiated the pilot project with the help of the South Delhi Municipal Corporation (SDMC) in its jurisdiction in December 2020, to abate air pollution from non-point dispersed sources.

CAQM reviewed the progress of the pilot project on September 22. Another review meeting was held on October 21 with Delhi government officials and commissioners and chairpersons of municipal corporations and the New Delhi Municipal Council (NDMC).

It was decided that the project will be implemented in North Delhi Municipal Corporation, East Delhi Municipal Corporation and NDMC from October 27, with improved inter-agency coordination among Delhi Pollution Control Committee, nodal officers and with support from other agencies concerned. A standard operating procedure has also been formulated for this purpose, the CAQM said.

The project envisages easy identification, allocation and resolution of air pollution-related issues arising out of a large number of non-point dispersed sources, it said.

Supported by a robust review and monitoring programme, the pilot project was successful in identifying about 17,290 issues in 104 wards of the SDMC. Out of this, 63 per cent pertained to the SDMC and the rest have been assigned to other agencies.

Under the pilot project, the SDMC successfully resolved 95 per cent of the issues pertaining to its own jurisdiction, CAQM said.

The project focuses on sensitization exercises to help ground-level officials understand the linkages between their daily tasks and the quality of air. It involves a third-party survey to identify issues that contribute to the spike in air pollution levels, allocation of issues identified and further tag them to the agencies concerned.

The project includes ground-level reporting of resolution of the issues by the authorities concerned, enhancement of Smart City 311 App to improve efficiency and effectiveness of the complaint redressal process and review process to follow through on-ground survey procedure and ensure high standards while resolving the issues.

The ‘Smart City 311 App’ carries many enhanced features like a simplified transfer protocol to reassign issues to other agencies, validation check to mark resolution has been introduced, updated reporting formats for easier monitoring, feature to track progress on long term issues and features to ensure officials are present at the issue site while uploading the resolution proof. “Citizens participation is an important aspect of the collection of information from different sources in real-time… Apart from on-ground third-party surveys, the App will also allow and encourage the citizens to raise complaints and help the municipal bodies in taking necessary steps to redress the issues concerned,” the CAQM said.

This Diwali For Environment’s Sake, Pick Seed Crackers Over Firecrackers