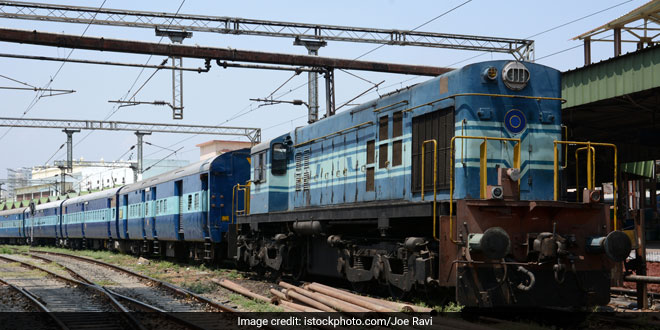 New Delhi: On the World Toilet Day on November 19, Central Railway (CR) department announced that it will be introducing e-toilets in the railway coaches for the first time as a special initiative. This first-of-its-kind concept is being undertaken on a pilot basis in coach (3A), part of Train no. 11013 Lokmanya Tilak Terminus–Coimbatore Express (LTT Coimbatore) for performance and customer feedback. If successful, these toilets would be installed in other coaches as well.

Though e-toilets have been in common use in static locations, the concept will be tried out for the first time in a mobile environment of a railway coach, said Central Railway in a press note released.

E-toilets integrate the toilet functions electronically; the features include easy-to-use pressurised flushing, which lets the flush operate automatically when the toilet door opens. The toilets also have sensors to automate the floor cleaning process after five uses, which will ensure hygienic toilet operations. These e-toilets are not only unmanned, self-cleaning and remotely monitored but are also eco-friendly and easy to install.

Railway Minister Piyush Goyal, earlier this year, took to Twitter to inform that Indian Railways has installed highest ever bio-toilets in train coaches in 2017-18, which is 64 percent higher than last year, taking the total number of bio-toilets in coaches to 1.25 lakh.

Also Read: Swachh Rail: Trains With Bio-Toilets To Have Dustbins By December 2018

A bio-toilet looks exactly like a regular toilet but differs in operation. A regular toilet has a septic tank that collects waste and disposes it through a pipe into the nearest water body, whereas in bio-toilets, the septic tanks are replaced by ‘bio-digesters’ that can hold up to 8,000 litres of human waste. The bio-toilets are fitted underneath the lavatories and collect the human waste to process using anaerobic bacteria to convert it into pathogen-free water and bio-gases.

The bio-toilets however, have been prone to clogging due to dumping of waste such as bottles, pouches, plastic cups, paper and other material in the pans — resulting in foul smell. Hence, Mr. Goyal announced that the railways are mulling to replace all the 2.5 lakh toilets inside train coaches with vacuum bio-toilets.

The vacuum bio-toilets (used in aircrafts) have a bio-digester that convert the waste into water and a suction pump that sucks out waste without using excessive water to flush. As a result, it helps in containing the foul smell and saves water.

Typically, a bio-toilet uses 10-15 litres of water per flush, whereas the vacuum toilet consumes only about half a litre. E-Toilets have automated sensors for water minimisation, self-washing and floor wash mechanisms.

This is not the first instance of Indian Railways taking an initiative to improve the cleanliness, hygiene and sanitation facilities in the trains.

This year, the Railways saw several steps being undertaken, from introducing bio-degradable cutlery made from sugarcane in some premium trains to the recent announcement to use WhatsApp groups for respective departments to monitor cleanliness of the trains. Indian Railways also introduced an on-board ‘Train Captain’ to improve the onboard services and redress passengers’ grievances in Northeast Frontier (NF) Railway in premium trains.