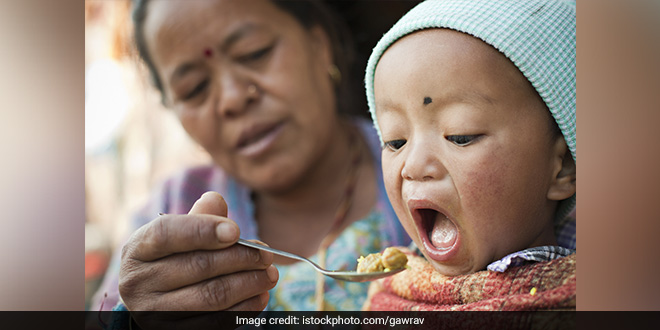 Thiruvananthapuram: The Centre was aiming to bring ten crore beneficiaries under the National Nutrition Mission, Union Minister Smriti Irani said here on Thursday. Speaking after the State-level inauguration of the Nutrition Mission (Poshan Abhiyan), the Women and Child Welfare minister said both the Centre and the states should jointly fight the menace of malnutrition.

The minister also urged Kerala to participate in a big way in the upcoming “Poshan Month” and “Poshan fortnight” to celebrate the cause of nutrition.

During last year nearly 45 crore citizens had participated in the celebration, she said. For the first time in the country’s history, there has been a convergence of 15 ministries at the Centre and states in the implementation of around 7075 projects in the Nutrition mission across the country.

Chief Minister Pinarayi Vijayan, who inaugurated the project, also launched the scheme for distribution of mobile phones for Anganwadis and ICDS-CASS software system.