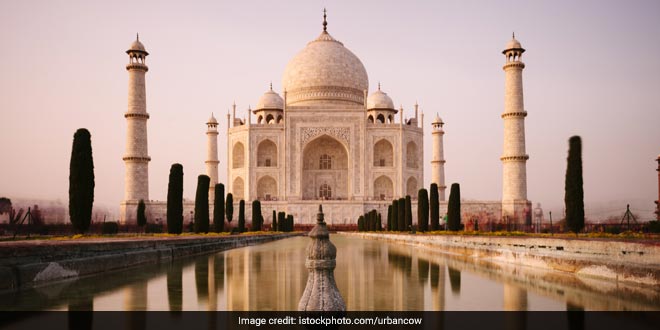 Agra: Here’s some good news for mothers visiting the iconic Taj Mahal: an air-conditioned baby feeding room has opened at the premise on Thursday. The Taj Mahal, with an average of 22,000 daily visitors, is a major hotspot for Indian and international tourists. Earlier this year, the Archaeological Survey of India (ASI) had announced to build a breastfeeding room as a relief to female visitors.

The nursing room at Taj Mahal will be inaugurated by Union Culture Minister Prahlad Singh Patel on Thursday.

It is the first baby feeding room to open at any Indian monument, Vasant Kumar Swarnkar, Superintending Archeologist at ASI, told IANS.

It’s a 12-by-12 feet room within the Taj Mahal campus. It has a diaper-changing table, sofa sets specially designed so one can feed her baby, and there is also rubber flooring. One woman employee will be there to assist the mothers. The room will allow privacy to breastfeeding mothers and is very important, he said.

The nursing room at Taj Mahal could be the first of a series of such centres at other monuments. An ASI official said a similar baby feeding room is getting ready at the Agra Fort, and within a month, another such centre could come up at Fatehpur Sikri monuments.

Earlier this week, Uttar Pradesh State Road Transport Corporation (UPSRTC) had also announced that all government-owned bus stations in Uttar Pradesh will have baby feeding cubicles for new mothers. According to Raj Shekhar, Managing Director of the UPSRTC, these cubicles will help mothers, who often face the embarrassment of feeding their newborns while traveling.

Also Read: Breastfeeding Cubicles To Be Set Up At All Bus Stations Across Uttar Pradesh

The cubicles will have enough space to change diapers of children and will be equipped with LED lights and fans. Modelled on the pattern of the exclusive prayer space and smoking zones in airports, the idea has been unanimously adopted at the board’s meeting.