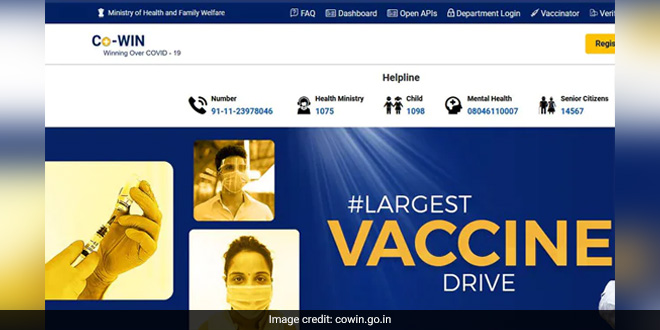 Once Co-WIN is repurposed to include the Universal Immunisation Programme, the entire vaccination system will become digitised, said Co-WIN chief and CEO of the National Health Authority Dr R S Sharma

New Delhi: The Union government is planning to repurpose the Co-WIN platform for India’s Universal Immunisation Programme and other national health programmes while continuing with its current function of recording Covid vaccination and issuing certificates. The vaccination record under the Universal Immunisation Programme (UIP) is now maintained manually. “Once Co-WIN is repurposed to include the UIP, the entire vaccination system will become digitised, thus easing tracking beneficiaries and facilitating real-time monitoring,” Co-WIN chief and CEO of the National Health Authority Dr R S Sharma told PTI.

It will do away with the hassle of keeping a physical record. Once the immunisation programme is digitised, beneficiaries will get certificates on the spot. They can also download it. These certificates will be stored in Digi-lockers, he explained.

The Universal Immunisation Programme is one of the largest vaccination projects in the world aimed at protecting children and pregnant mothers from preventable diseases.

Under it, the government provides shots for 12 vaccine-preventable diseases, such as polio, diphtheria, tetanus, measles, and hepatitis B, for free.

Stressing the importance of an integrated immunisation information system, an official said it helps in the effective management of vaccination programmes at national, state and district levels.

The data available at the individual level can be collated at the population level for making them available for those involved in framing public health policies, the official said.

Since Co-WIN has proved its worth in COVID-19 vaccination, a decision has been taken to bring UIP under the ambit of this platform even as recording Covid vaccination on the portal will continue, the official stated.

The other national health programmes which may be included in the portal include family planning, and child and maternal health, among others.

Also Read: India Achieved 99 Per Cent Coverage Of DPT3 Vaccine In 2021 Amid COVID Pandemic: WHO

With The Agenda Of ‘Making Menstruation A Normal Fact Of Life By 2030’, Menstrual Hygiene Day 2022 Will Be Marked