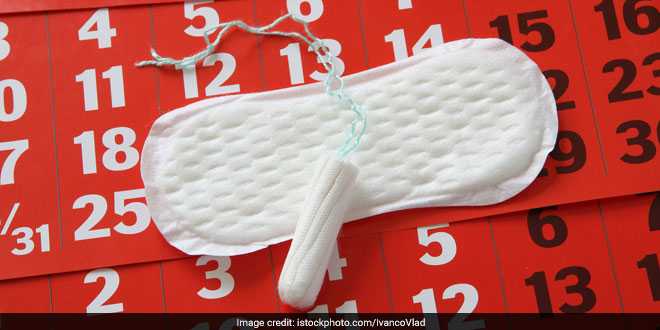 New Delhi: Every month, approximately 1.8 billion women across the world menstruate, according to UNICEF. Menstruation is a normal and healthy part of life for most women. UNICEF states that roughly half of the female population — around 26 per cent of the global population — are of reproductive age. Yet, as normal as it is, menstruation is stigmatiSed around the world. Lack of information about menstruation, stigma, taboos and myths prevent adolescent girls — and boys — from the opportunity to learn about menstruation and develop A healthy habit. As a result millions of girls, women, transgender men and non-binary persons are unable to manage their menstrual cycle in a dignified, healthy way. To break the silence and taboo, raise awareness and change negative social norms surrounding menstruation, across the globe, May 28 is observed as the Menstrual Hygiene Day. Here’s all you need to know about the day:

The Significance Of The Day – May 28

Menstrual Hygiene Day was initiated by the German non-profit organisation WASH United in 2013. It is marked on May 28 because on average, women and girls menstruate for 5 days per month and the average interval of a menstrual cycle is 28 days.
Hence 28-5, or the 28th of May was chosen to mark the day.

Every year, the day is marked with a particular theme in bid to raise awareness about menstrual hygiene management among the people. This year, the theme is ‘Making menstruation a normal fact of life by 2030’, which aims to contribute in achieving an overarching goal – to build a world BY 2030 where no one is held back because they menstruate.

With this vision the theme aims to build a society where by 2030, it is possible to create a world where no woman or girl is held back because she menstruates. This means a world in which every woman and girl is empowered to manage her menstruation safely, hygienically, with confidence and without shame:

Poor menstrual hygiene can pose physical health risks and has been linked to reproductive and urinary tract infections. UNICEF
states that providing access to private facilities with water and safer low-cost menstrual materials could reduce urogenital diseases. It adds, globally, 2.3 billion people lack basic sanitation services and in Least Developed Countries only 27 per cent of the population has a handwashing facility with water and soap at home. UNICEF further adds that about half of the schools in low-income countries lack adequate drinking water, sanitation and hygiene crucial for girls and female teachers to manage their period. Inadequate facilities can affect girls’ experience at school, causing them to miss school during their period.

According to the latest National Family Health Survey (NFHS)-5 data for 2019-21, the percentage of women aged 15-24 years who use hygienic methods of protection during their menstrual cycle has increased to 89.4 per cent in urban areas and 72.3 percent in rural areas from 77.3 percent and 57.6 percent respectively as recorded in NFHS-4 (2015-16). According to the survey data, there has been a growth in awareness among women about menstrual health.

However, according to a report – Spot On: Improving Menstrual Health and Hygiene in India, there has Seen an increase of 70 % in incidence of reproductive tract infections owing to poor menstrual hygiene. The report has further highlighted that still girls in India are typically absent for 20% of the school year due to menstruation. It adds that 88% of menstruating women in India use home-grown alternatives to sanitary pads like rags, old-fabrics, sand, ash, wood shavings, dried leaves, newspapers, hay and plastics.

The report highlights the three major causes of poor menstrual hygiene in India and said that the numbers can be easily improved if the focus is given on:

– Improving the awareness
– Providing cost-effective materials for sanitary napkins like cotton cloth, which has been declared as an acceptable sanitary material by leading international agencies such as UNICEF
– Ensuring proper facilities like toilets and safe water