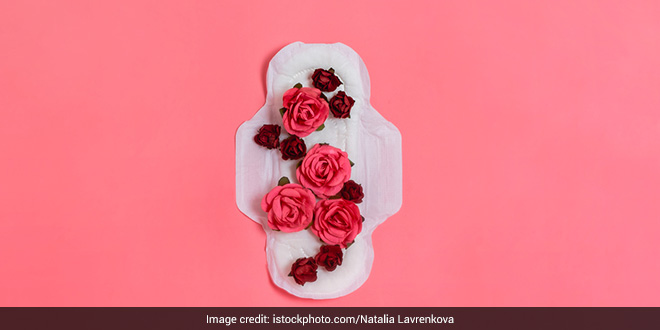 Menstrual Hygiene Day: Worldwide Cervical cancer is the fourth most common type of cancer in women and the second most common, in India

New Delhi: Menstruation is a normal physiological process that occurs periodically in females of reproductive age. Menstrual hygiene is vital for the health and well-being of women. But there are many social taboos and beliefs that are associated with menstruation. The poor understanding of menstruation and lack of knowledge about safe menstrual practices leads to poor hygiene which in turn increases the risk of genitourinary infections. Poor Menstrual hygiene Practice is an unrecognized and unaddressed public health issue in developing and underdeveloped countries. Hence it is imperative to create awareness about menstrual hygiene. And it is important to educate women in their adolescent age.

Also Read: With The Agenda Of ‘Making Menstruation A Normal Fact Of Life By 2030’, Menstrual Hygiene Day 2022 Will Be Marked

As per the data (2019-21) by National Family Health Survey, 70% of women aged 15-24 in rural India do not use sanitary napkins during their menstrual period. The consequence of poor menstrual hygiene can be urinary tract infections (UTIs), dermatitis, alteration in the pH balance of vaginal secretions, bacterial vaginosis, and genital tract infection, all of which can increase the susceptibility of females to cervical cancer.

Worldwide, Cervical cancer is the fourth most common type of cancer in women and the second most common, in India. According to a report by Bio Med Central, India accounts for 27% of the global cervical cancer cases. Infection with Human Papilloma Virus is the most important causative factor of cervical cancer. Human Papilloma Virus (HPV) infects sexually active people at some point during their lifetime. If the virus persists for long in the body, it can lead to cervical, anal, throat cancers, and also genital warts. HPV vaccines protect against the Human Papilloma Virus and thus help prevent cancer-causing infections and pre-cancers, which have significantly dropped since 2006 when the HPV vaccines were first used in the United States. Three HPV vaccines Gardasil, Cervarix, and Gardasil-9, are approved by US FDA. The vaccine can prevent most cases of cervical cancer if given to adolescent girls or young adult women before they get exposed to the virus. It can also be given to boys and young men. The vaccine can also prevent vaginal and vulvar cancers.

Also Read: In India, About 50% Of The Women Aged 15-24 Years Use Cloth During Periods: National Family Health Survey

Poor menstrual practices such as using cloth instead of sanitary napkins and disposal in open may lead to repeated and chronic infections, which in turn are significant risk factors for causing cervical cancer. The ignorance and shyness of women, particularly from urban slums and rural parts of the country towards discussing these issues leads to poor information. The health care workers should discuss and communicate such issues to the women.

It is necessary to educate the women about safe menstrual practices such as avoiding using cloth and opting for sanitary napkins, proper disposal of sanitary waste, and encouraging them to undergo regular screening which helps to detect infections and cancers in an early stage. Both men and women should be counseled about safe sex practices.

Watch: What Is Period Poverty?