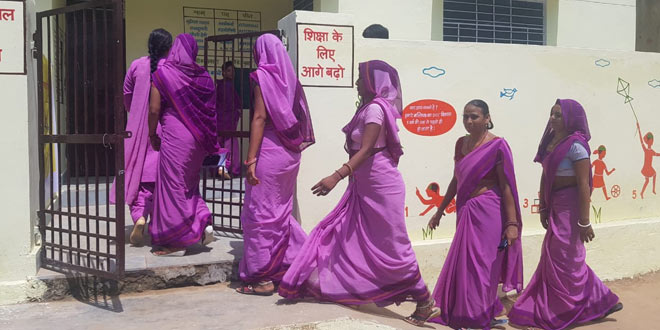 New Delhi: “We are here to tell pregnant women about the nutrition they need during the pregnancy and teach them, through various means about the importance of sanitation and hygiene. We also consider this as our duty to inculcate the habit of washing hands with soap, in the children of our village,” said Sunita, when NDTV asked her about her work as an Anganwadi worker. As per the National Family Health Survey (NFHS) 4 (2015-16), malnutrition is one of the biggest health problems in Rajasthan. The NFHS 4 data shows that among the children aged under five in the rural areas in Rajasthan, more than 40 per cent of are stunted or have low height-for-age, more than 23 per cent are wasted or have low weight-for-height and more than 38 per cent children are underweight. In a bid to tackle the problem of malnutrition, the Integrated Child Development Services of the Department of Women and Child Development, Rajasthan has initiated ‘Chalo Anganwadi’ programme in the state in collaboration with non-government organisations like Tata Foundation. Under this programme, Anganwadi centres are becoming a key implementing agency of efforts to eradicate malnutrition.

Anganwadi centres play a very important role in dispersing the message on the ground as these agencies are closest to the people in rural areas. Anagwadi centres make people aware about malnutrition, health and hygiene with the help of Anganwadi Workers (AWWs) and Anganwadi Helpers (AWHS) at the grassroots level. These centres provide six ICDS services to people in the rural areas- Supplementary Nutrition, Pre-school non-formal education, Nutrition and health education, Immunization, Health check-up and medical help.

She further said that the ‘Chalo Anganwadi’ initiative aims to enhance the capability of the mother to look after the normal health and nutritional needs of the child through proper nutrition and health education. 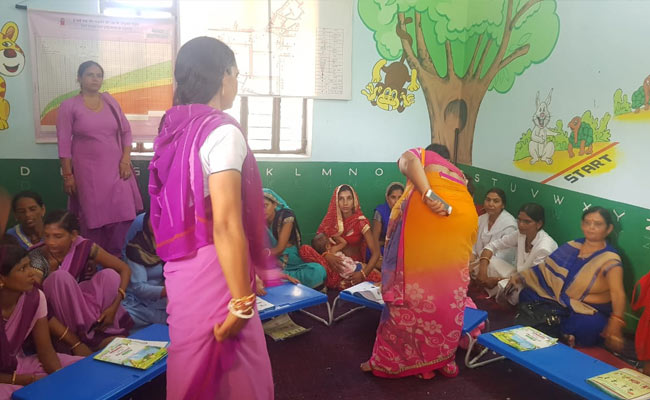 From September 1, the programme will start running in every village in all the districts of the state

Talking about the initiative ‘Chalo Anganwadi’ Ms. Yadav said that currently, the programme is being run in five districts of Rajasthan- Alwar, Tonk, Swai Madhopur, Bharatpur, and Dholpur with support from Tata Foundation. From September 1, the programme will start running in every village in all the districts of the state.

Ms. Yadav said that the state government of Rajasthan aims to bring the services of Anganwadi to each person in each village and hamlet. According to ICDS Rajasthan, there are more than 62,000 Anganwadis in Rajasthan spread across 33 districts. The Department of Women and Child Development, Government of Rajasthan targets to impact more than 50 lakh people including five lakh pregnant and lactating mothers, about 20 lakh children in the age group 7 months and three years and about 15 lakh children in the age group three to six years. 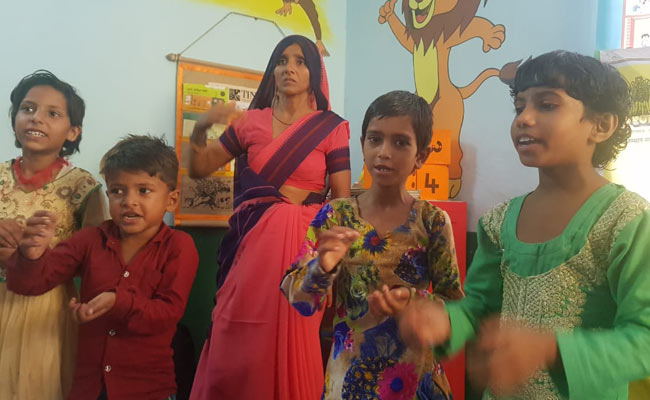 Dr. Bhagwati Pasad from Tata Foundation who has been spearheading the ‘Chalo Anganwadi’ initiative in Alwar told NDTV at an Anganwadi Centre in Machadi Village of Alwar,

If you want to healthy (swasth) you have to clean (swachh). The Anganwadi centres are now taking the responsibility of making India a swasth (healthy) country by promoting both health and sanitation.

He demonstrated how the Anganwadi Centres in Machadi Village of Alwar are promoting the habit of handwashing among children. He said that the use of a handwashing contraption called ‘Tippy Tap’ in schools and Anganwadi centres is being encouraged. The tippy tap is a low tech, low-cost water-saving handwashing device which is fashioned using a simple can and a wooden stand which is operated by a foot lever and thus reduces the chance of bacteria transmission by avoiding the direct touching of water.

Mr. Prasad asserted that handwashing with soap could prevent millions of deaths occurring due to diarrhoea and other infections in children. He also said that this simple and inexpensive device best for places where there is a lack of running water. This is because, during one hand washing, it only uses 40 millilitre of water against 500 millilitres using a mug. 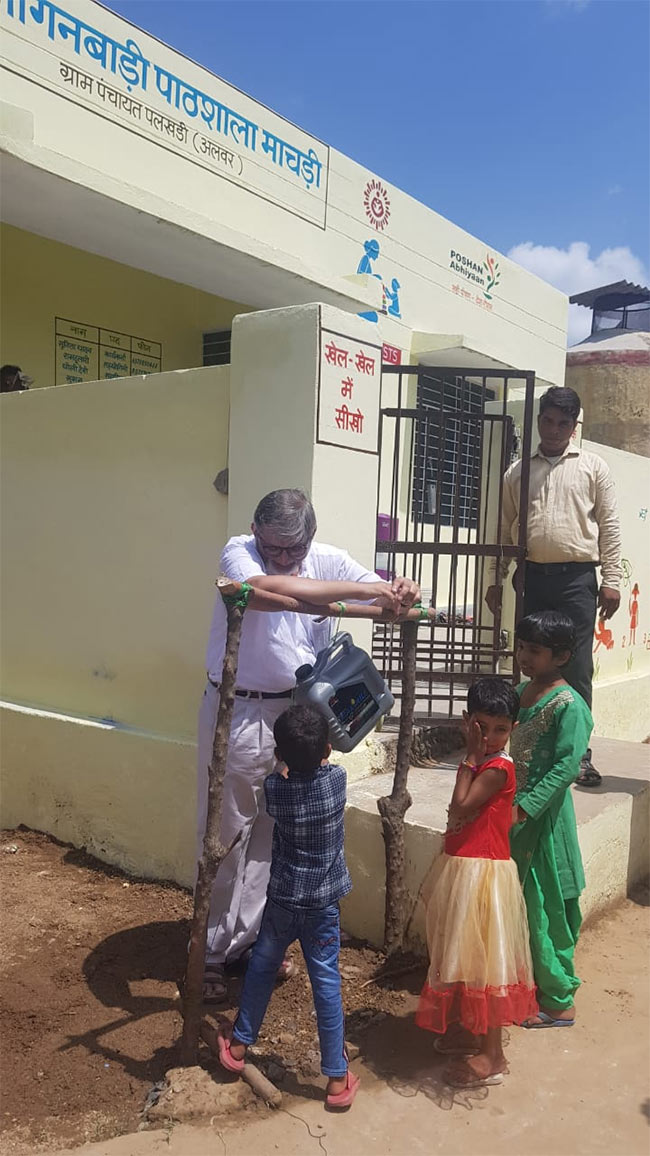 Tippy tap is a low tech, low cost water saving hand washing device which is fashioned using a simple can and a wooden stand which is operated by a foot lever

According to Dr. Parasad, under the ‘Chalo Anaganwadi’ programme, the rural childcare centres or Anganwadis are focusing on improving the condition of severely malnourished children but not only teaching them healthy habit but also providing nutritious meals. He said,

Despite 75 Percent Damage To His Liver 20 Years Ago, Amitabh Bachchan Said Regular Checkups Help Him Lead A Healthy Life