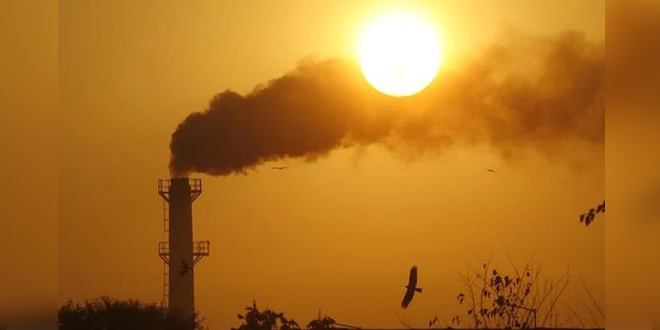 At the COP26 climate summit in Glasgow this month, countries talked about focusing only on achieving the 1.5 degree Celsius limit

New Delhi: In 2015, 196 countries adopted the Paris Agreement, a legally binding international treaty on climate change that aimed at restricting global temperature rise in this century (by 2100) well below 2 degree Celsius above pre-industrial levels and at the same time, pursue efforts to limit it to 1.5 degree Celsius. At the COP26 climate summit in Glasgow this month, countries talked about focusing only on achieving the 1.5 degree Celsius limit as the scientists have warned that this threshold itself is the tipping point for climate change and anything beyond that will be devastating.

What Is The Current Temperature Rise?

According to the Intergovernmental Panel on Climate Change (IPCC), the years 1850-1900- the pre-industrial years- have been taken as the basis for comparing the rising average global temperature. It has been estimated that the world is currently 1.1 degree Celsius warmer than the pre-industrial years. NASA’s The Goddard Institute for Space Studies says that the average global temperature during the late 1800s was about 13.7 degrees Celsius, today it is around 14.8 degrees Celsius. According to scientists, each of the last four decades was hotter than any decade since 1850.

While talking about the difference between 1.5 and 2 degree Celsius rise, D. Raghunandan, a Scientist and a member of Delhi Science Forum said,

At 1.1 degree Celsius, many parts of the world have already started experiencing aggressive weather events such as extreme rainfall, cyclones, heatwaves, forest fires, landslides among others. With about 0.4 degree Celsius rise, this will become more intense affecting more places. It will be devastating beyond explanation if the temperature rise increases anymore above 1.5 degree Celsius- much more extreme weather, more frequent, more intense and more extended in duration. IPCC’s projections suggest we will surpass 1.5 degrees Celsius by the end of the decade if we don’t make major changes now. Therefore, accepting 1.5 degree Celsius as the global warming limit means cutting emissions from right now. Stopping global warming at 1.5 can help avoid or at least lessen some of the most catastrophic future climate change harms.

The IPCC in its special report on 1.5 degree Celsius temperature rise and in the sixth assessment report has highlighted the stark comparison between the temperature rise of 1.5 and 2 degrees Celsius. Here are some of the major impacts that half a degree of warming can result in, according to IPCC:

Probability Of Drought: Limiting warming to 1.5 degrees Celsius might reduce the probability of droughts and risks related to water availability in some regions. About 61 million more people in Earth’s urban areas would be exposed to severe drought in a 2 degree Celsius warmer world than at 1.5 degrees warming.

Water Availability: Between 18.4 and 27crore fewer people are projected to be exposed to increases in water scarcity in 2050 at about 1.5 degrees Celsius warming than at 2 degrees warming. The risk of underground water depletion are also estimated to be more at higher temperature.

Shifts In Rainfall Pattern: According to IPCC, a warmer world holds more moisture and thus causes more rainfall, floods, cyclones, insatnces of which will be higher At 2 degrees Celsius warming, compared to 1.5 degrees warming.

According to IPCC, loss of biodiversity leading to the extinction of species could have dire consequences. For example, the loss of insects like bees that help in pollination will negatively impact food production for humans.

Risks From Forest Fires: Extreme events like forest fires will be more frequent and intense at 2 degree warming than at 1.5 degree warming. This will again lead to biodiversity loss.

Shifts In Ecosystem: At 2 degree warming, about 13 per cent of land areas are projected to see their ecosystems shift, which would be about 50 per cent more area than what will happen at 1.5 degrees warming.

Impacts On Oceans And Sea Level Rise: Sea level will continue to rise even if the temperature rise is limited to 1.5 degree Celsius. This is because of the heat already stored in the oceans because of the emissions produced by people.

At 1.5 degree Celsius warming, the sea-level rise is projected to be 0.4 metres by 2100. But if the temperature rises to 2 degree Celsius then, of sea-level will rise by about 0.46 metres. If warming reaches 2 degrees Celsius, more than 70 per cent of Earth’s coastlines will see increased coastal flooding, beach erosion, salinization of water supplies.

At 1.5 degree warming, IPCC says, the oceans will become more acidic due to higher concentrations of carbon dioxide and this will become even higher at 2 degree warming. This will negatively impact a broad range of marine species.

Impacts On Human Health And Food Security: Rise in temperature by 1.5 degree Celsius will increase the climate-related risks to human health, livelihood, food security and water supply. This will become even worse at 2 degree Celsius warming. Disadvantaged and vulnerable populations, some indigenous peoples, and local communities dependent on agricultural or coastal livelihoods will be at the highest risk, said the report. The risk of heat-related illness and death will also be lower at 1.5 degree Celsius warming than at 2 degree.

A recent analysis of the Climate Action Tracker (CAT), an independent scientific analysis website that tracks the progress made by countries on the targets agreed under the Paris Agreement, highlighted that the world is actually heading for a 2.4 degree Celsius warming by 2100. This, the researchers said, is because even with the new pledges made at COP26, roughly twice as much carbon will be emitted as required for limiting the temperature rise at 1.5 degree Celsius. The researchers urged all governments need to reconsider their targets.

According to Sunita Narain, Director General, Centre for Science and Environment, 1.5 degree temperature rise is a guard rail, something that science is still figuring out how to achieve and adapt because anything beyond that will catastrophic.

There is no clear answer as of now. Science is still figuring out how it is going to move. Slowing the rate of warming would allow humans and ecological systems to better adapt. A 2 degree temperature rise is not something you want to live in. We cannot allow it to happen.

Mr Raghunandan stressed that 1.5 degree rise, as IPCC has warned, is most likely to hit the end of this decade.

However impossible it may seem, we should not give up advocating for it. Apart from strategies and physical actions, it needs strong political will also, if we are to seriously work towards the 1,5 degree Celsius threshold- for the sake of the planet, for the sake of our children, he said.