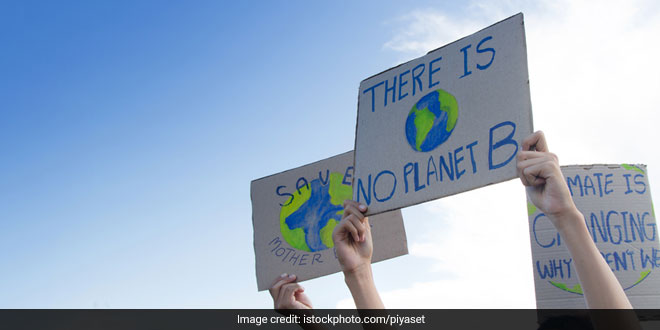 According to Sunita Narain, Director General, Centre for Science and Environment (CSE), a New Delhi based think tank, about 70 per cent of the world’s population needs access to carbon space for development; they cannot be told not to develop

New Delhi: Nearly 200 nations agreed to adopt the ‘Glasgow Climate Pact’ on November 12, after more than two weeks of discussions and negotiations at the 26th Conference of Parties (COP26) climate summit at Glasgow, UK. The aim was to finalise the Paris Agreement rule book in order to avert the impacts of global warming and to ask governments to strengthen their climate targets to prevent the warming of the planet to exceed 1.5 degree Celsius above pre-industrial levels. According to experts, while the Glasgow Climate Pact made some progress in terms of emissions-cutting goals, it has completely undermined the concept of climate justice.

What Is Climate Justice?

Climate justice is the fair treatment of all people in the creation of policies and implementation of actions that address climate change, according to the United Nations Environment Programme.

D. Raghunandan, Scientist and member, Delhi Science Forum said that when cyclones, floods or droughts strike, too often those hit hardest are poor and marginalised communities who bear little responsibility for global warming and climate change. He explained that climate justice has emerged from the idea that historical responsibility for climate change lies with wealthy and powerful people – and yet it disproportionately impacts the poorest and most vulnerable. He said,

This concept of ‘climate justice’ is reshaping of climate action from efforts to only cut emissions into an approach that also addresses human rights and inequality. It is the industrialised, developed nations who gathered wealth by burning fossil fuels, but it is the socially, economically, the environmentally vulnerable people like tribals, poor, farmers, fishing communities, children, people with disabilities who face the brunt of the worst impacts of extreme weather events caused by climate change. Global warming is also an ethical and political issue, and not just a purely environmental issue and this is what climate justice is about.

Climate Justice: What Happened At COP26?

According to Sunita Narain, Director General, Centre for Science and Environment (CSE), a New Delhi based think tank, about 70 per cent of the world’s population needs access to carbon space for development; they cannot be told not to develop.

However, poor nations with miniscule per capita carbon footprint are asked to constrain their developmental health in trying to abide by the Paris Agreement. COP26 was supposed to confront this inequity and ensure that it is addressed while securing low-carbon pathways for the world, she said.

– Civil society and activists were locked out of the discussions.

– Major developed countries who are big polluters did not commit to domestic fossil fuel phase-out, only to halt funding it internationally.

– An upwardly increasing climate finance goal was not agreed upon. The final text acknowledges the needs of developing countries for climate finance and sets out a process to deliver on those needs.

– Finance for ‘Loss and Damages’, which refers to the cost of destruction caused by extreme weather events, was not announced. The COP just decided to establish a dialogue between parties, stakeholders and relevant organisations to support efforts to avert, minimise and address loss and damage associated with climate change.

– The pact has no mention of historical emissions. It just “notes” the “importance for some of the concept of ‘climate justice’, when taking action to address climate change”.

Ms Narain asserted that dismissing climate justice as a concept that is important only for “some” is Glasgow Climate Pact’s fatal flaw. She said that the parties to the pact have failed to understand that climate justice is the pre-requisite for effective climate action- it has to be the bedrock of action.

The Pact’s fundamental and fatal flaw is in the very first page – where it says, rather dismissively, that it notes the importance ‘for some’ of the concept of climate justice. We cannot erase the fact that certain countries – the United States, European Union, UK, Canada, Australia, Japan and Russia and joined now by China – have consumed roughly 70 per cent of the carbon budget, the space in the atmosphere that is available to keep the world below the 1.5 degree Celsius temperature rise. The challenge is that the world has run out of carbon budget, but some 70 per cent of the world’s people still need the right to development. As these countries grow, they will add emissions and take the world to catastrophic levels of temperature rise. It is for this reason, climate justice is not an add-on concept for some, but the pre-requisite for an effective and ambitious agreement. This lack of understanding is at the core of the problem.

Mr Raghunandan stressed that neglecting ‘Climate Justice’ in global accord, will make vulnerable communities facing a high risk of climate change, like the poor with lower means to deal with damages, even more vulnerable to hardships, hunger and displacement.

Climate justice is a matter of human rights. It is important because, climate change will affect different people and places differently, and so is likely to increase inequalities within and across nations, creating even more injustice. COP26 should have addressed this because climate change is not only the biggest public health threat but also a danger to the existence of humanity.