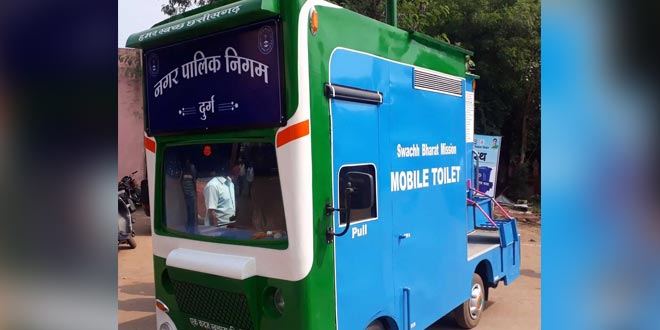 New Delhi: Durg in Chhattisgarh was declared free from open defecation in July 2017 and is now, taking the next leap to sustain its ODF status and tackle trash. The corporation has come up with a unique concept of mobile toilets that are being made from junk. Currently, a Maruti Van which was lying in the area as a junk car has been converted, and the aim is to reuse four such scrap vans and convert them into mobile toilets within a months’ time.

Explaining the initiative, Durg Municipal Corporation Commissioner S. K. Sundarani said, “We wanted to make sure that there are no instances of open defecation in our area, we have achieved the status of ODF after lot of hard work, and we want to sustain these efforts. These mobile toilets are being made so as if there is any function in the area then the usage of these toilets will help.”

Also Read: With Commendable Progress In Both Urban & Rural Sanitation, Chhattisgarh On Its Way To Be Open Defecation Free 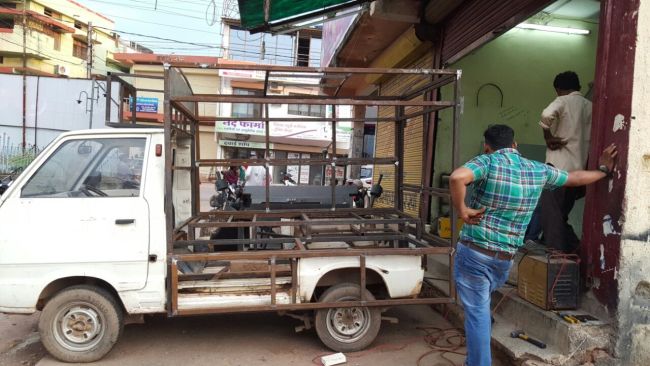 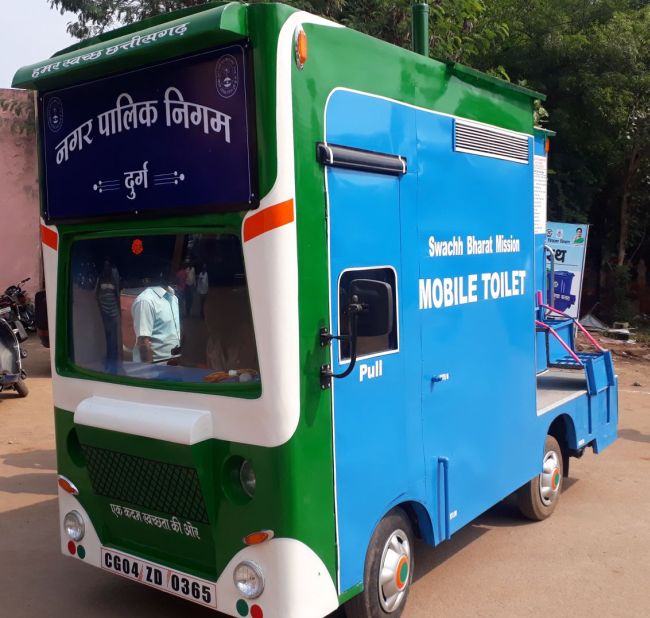 Talking about the facilities that are there in these mobile toilets, S.K Sundarani added, “There is a facility of 200 liters water tank, 250 liter septic tank, 5 taps, 2 wash basins, garbage box and a hand wash. It has 2 toilet seats, one is Indian and the other one is English toilet. Approximately 300 people can use this mobile toilet a day.” 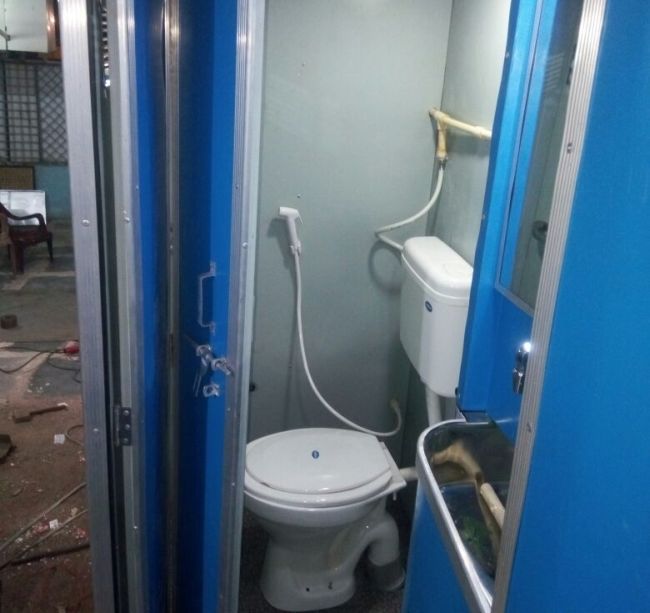 What’s more, once the tank of mobile toilet is filled a red light will come on to inform people that the toilet cannot be used at the movement.

The Corporation will make sure that the toilet is regularly cleaned for the public to use on a daily basis without any interruptions, said S.K Sundarani.

However this is not the first unique initiative taken up by the Durg Municipal Corporation, earlier this year, the corporation came out with an innovative road cleaning vehicle which looks like a revolving fan with eight brooms that are attached to a mini tractor. In the recently held Swachh Survekshan, Durg was ranked 85 out of the 434 cities, next year, the corporation is working towards scaling up to the top 10 cleanest cities in India in this year’s survey.

Highlighting the future plans for Durg, S.K Sundarani added, ODF target has been achieved, next phase in building a Swachh Durg involves getting the title of ODF plus and achieving the status of 100 per cent waste segregation in the area.

Taking about overall Chhattisgarh’s performance, the urban areas of the state were declared free from open defecation on October 2, 2017, whereas the target to declare rural areas ODF has been set for October 2018.

Air Pollution: Not Just Limited To Delhi, Several Other Indian Cities Choking Due To Depletion In Air Quality