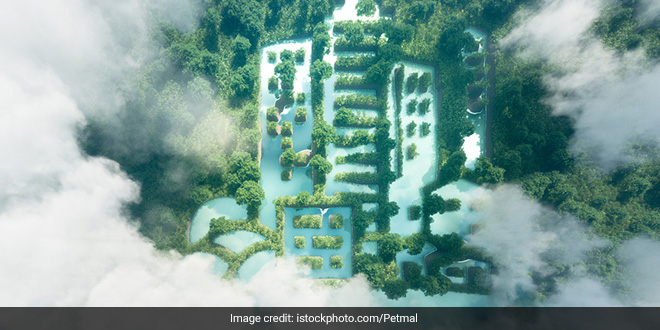 New Delhi: India on Monday (November 14) firmly resisted calls for developing countries to raise ambitions at the ongoing UN climate summit in Egypt, saying “goalposts are being shifted constantly”, while rich nations have “enormously” failed in delivering the technology and financial resources needed for low-carbon development. Making an intervention at the “Ministerial High-Level Roundtable on Pre-2030 Ambition”, Union Environment Minister Bhupender Yadav said the historical cumulative emissions of countries should be the measure of their responsibility to raise ambitions and that some developed nations “must reach net zero even before 2030” as their goal to become carbon neutral by 2050 is “not enough at all”.

Our understanding is that the Annex-I Parties have not met their pre-2020 commitments together and several individually as well. But the real question, according to the best science, is the cumulative emissions until 2030. So pre-2030 ambition must be measured in terms of whether countries are staying within their fair share of the carbon budget, taking note of both the historical period and in the future.

The developed countries must take the lead in raising ambitions as the bulk of finance and technology is available with them.

The convention (UNFCCC) and the Paris Agreement both recognise this, but “we have not had adequate action”, the minister said.

Last week, developed countries proposed that discussions on a new plan to scale up mitigation and ambition should focus on all top 20 emitters, including India and China, and not just the rich nations which are historically responsible for climate change.

However, India blocked the attempt with support from like-minded developing countries, including China, Pakistan, Bangladesh, Sri Lanka, Nepal and Bhutan.

Unfortunately, with every decade, with every new agreement, with every new scientific report, more and more action is demanded from the developing countries. If goalposts are changed constantly, it will not yield results but only words and promises.

The minister said it must be recognised that the opportunities for ambition vary across parties. If not, efforts to increase ambition from those who have little to give will only result in inaction, he added.

A key theme at COP27 is a call for rich nations, responsible for a large share of historical emissions and global warming, to deliver technology and finance to help developing and poor countries fight climate change.

Leaving it to markets alone will not help. Markets do not function well in normal times, but either do not function or function very inequitably in moments of crisis. We see this with the energy crisis in developed countries.

Referring to the UN’s Methane Alert and Response System, or MARS, which will use satellites to detect methane emission events, Yadav said that the right sectors must be identified for ambition and targeting small farmers for mitigation in the name of ambition would be a serious mistake.

“If we target domestic and public lighting, and increase the use of clean fuel to replace biomass, we can achieve some significant gains in low-carbon development,” the minister said.

It cannot be about an early start to decarbonisation in any sector, though decarbonising various sectors as and when feasible will arise sometime in the future. This will be detrimental to both the overriding priority of achieving the SDG goals by 2030 and subsequent development.