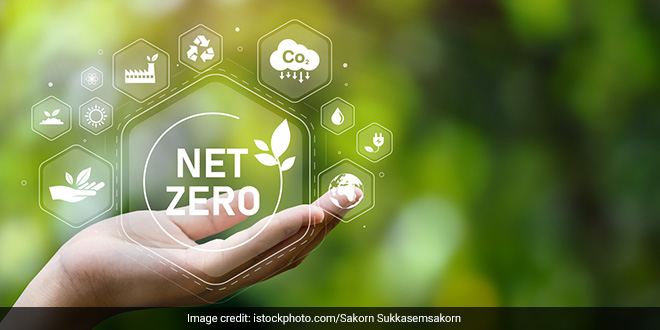 Short-term action plans to limit the global temperature rise to 1.5 degrees Celsius are called nationally-determined contributions or NDCs that the countries have to submit every five years.

Launching the strategy at the ongoing UN climate summit in Egypt, Union Environment Minister Bhupender Yadav called it a long-term vision of transition in all sectors of economy, including electricity, transport, industry, urban, forestry and carbon removal technologies.

India’s approach to low-carbon development is based on four key considerations — low historic contribution to global warming, energy needs for development, commitment to low-carbon growth according to national circumstances and the need to build climate resilience, he said.

The strategy emphasises “climate justice”, “sustainable lifestyles” and principles of equity and common but differentiated responsibilities and respective capabilities. It also imbibes the spirit of LiFE (Lifestyle for Environment).

LT-LEDS has been prepared in the framework of India’s right to an equitable and fair share of the global carbon budget. This is the practical implementation of India’s call for climate justice.

Carbon budget is the amount of carbon dioxide that the world can emit while still having a chance to contain global warming within 1.5 degrees Celsius compared to the pre-industrial levels, as set down by the Paris Agreement.

The strategy emphasises energy security, energy access and employment while focusing on the vision of “Aatmanirbhar Bharat” (self-reliant India) and “Make in India”, Mr Yadav said.

India also called upon developed countries to elaborate on their immediate plans on how they would achieve their targets.

“We see that following the current energy crisis, many have turned back to increased fossil fuels for energy security. It is not enough to say that targets for emissions reduction will be met, when the reality is that they will unequally consume even more of the carbon budget.”

In a COP of Implementation, it is essential to make progress on adaptation and loss and damage. Now is the time to tell the developing world how the promise of USD 100 billion is to be met. We, at Glasgow, noted with regret that it is indeed not being met. The world would like to know how the resources for meeting the world’s adaptation needs, whose estimates are rising constantly, are to be mobilised.

“We cannot have a situation where the energy security of developing countries is ignored in the name of urgent mitigation, while developed nations put their energy security above their duty to increase their ambition to mitigation through practical action,” the minister added.