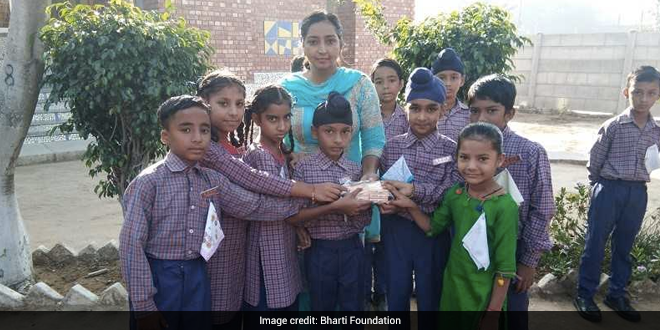 New Delhi: Birthday celebrations in school is one of the most exciting events for not just the child celebrating it but also the fellow classmates. Feeling special in casual clothes instead of the regular uniforms, standing in front of the class with all their friends gathered around singing “Happy Birthday to you”, and the chance to roam around in the school to distribute candies or chocolates with their best friend adds up to this overall birthday excitement. These traditions are being followed in the schools across the country for ages. However, the students of the Satya Bharti School, Lalori Kalan in Ludhiana added another dimension to this traditional practice by giving it a Swachh twist.

Inspired by the teachings and awareness campaigns run by the school, under the ‘ Swachhata Hi Seva 2018’ movement, a grade 2 student, Navpreet Kaur, chose to distribute soaps instead of chocolates among her friends in the school.

According to Navpreet, she went to the local shop to buy chocolates for her classmates but instead she saw soaps and felt like distributing those instead, as it will help her friends inculcate the habit of cleanliness and hygiene.

When asked by NDTV about what inspired this initiative, Navpreet Kaur said, During the World Handwashing Day celebration in our school, my teacher told me about the importance of keeping our hands clean. I was thrilled to know that we can avoid so many diseases by regularly washing our hands. I thought that instead of gifting the chocolates to my friends, I should gift them soaps so that they can practice cleanliness and remain healthy.

With this unique idea, Navpreet did not only set a standard for children to be the agents for Swachh Bharat Mission but she also successfully inspired other school students to follow the trend. Her seniors, Kamalpreet Singh from grade 4 and grade 5 student Khushpreet Kaur’s birthdays were next and they followed Navpreet’s footsteps to promote the habit of handwashing by distributing soaps as well. 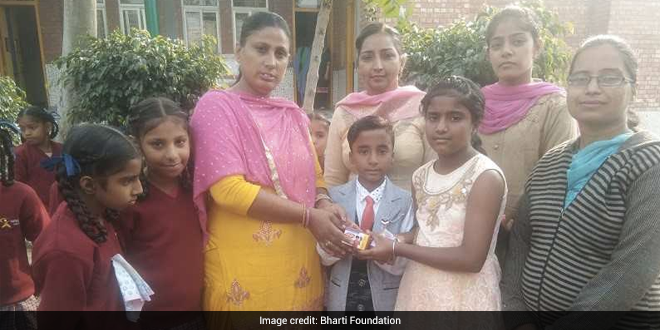 Satya Bharati School, Lalori Kalan is one of the 254 Satya Bharti Schools founded by Bharti Foundation. In 2015, the concerted efforts of Satya Bharti School students resulted in building of 3100 toilets in a period of six months. As part of their efforts to spread awareness about hygiene and sanitation, Bharti Foundation has empowered student leaders of Government schools to undertake community as well as school-based cleanliness campaigns. As part of the ‘Swachhata Hi Seva 2018’ movement, Bharti Foundation prepared more than 2 lakh students and 9,000 teachers in over 800 government schools across India.

Ms Mamta Saikia, COO, Bharti Foundation explains, The handwashing habits in India need to improve, starting with kids who are the most vulnerable to infections but also most powerful change agents. As a part of our support to “Swachhata Hi Sewa 2018” movement, initiated by the Prime Minister Narendra Modi, we are running the year-long initiatives, which engaged students and teachers across to spread the awareness on sanitation and hygiene by using diverse channels of communication, ranging from interactive banners to energetic rallies. The initiative is further strengthened and scaled-up by celebrating and including “Swachhata” themes during all important days related to cleanliness. 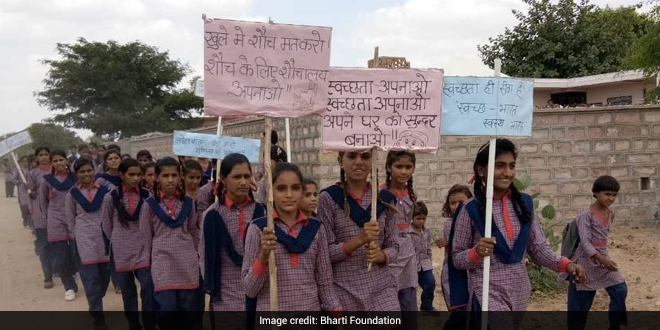 In 2015, the concerted efforts of Satya Bharti School students resulted in building of 3100 toilets in a period of six months