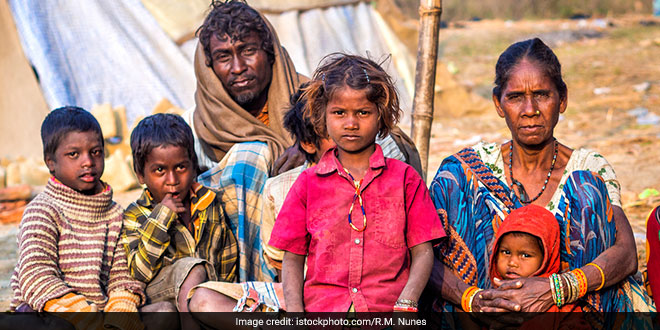 New Delhi: According to the United Nations World Food Programme (WFP) Executive Director David Beasley, the world is on the brink of hunger pandemic and if immediate actions are not taken, millions of people could lose their lives due to hunger. In a video shared via the official Facebook account of WFP, Mr. Beasley said that in addition to the threat posed by COVID-19, the world faces multiple famines of huge proportions and over 30 million people would die in a few months due to hunger.

Also Read: Unsafe Water, Air Pollution Among Leading Causes Of Under 5 Fatalities In India Along With Malnutrition: Study

Mr. Beasley said that famines induced by the ripple effects of coronavirus pandemic can occur in anywhere from 10-36 countries.

Global Report on Food Crisis, released by WFP last month shows that 821 million all over the world people suffer chronic hunger and are forced to go to bed hungry every night. In addition to this, 135 million people on the planet are on the brink of starvation. Mr. Beasely in a statement to the United Nations Security Council highlighted that the WFP analysis shows that an additional 130 million people could be pushed to the brink of starvation by the end of 2020. Thus, a total of 265 million people in the world would be suffering from starvation by the end of this year.

While talking about the impact of COVID-19 on hunger, Dr. S. P. Singh, Professor, Department of Humanities and Social Sciences, Indian Institute of Technology, Roorkee said that if the economically poor people, especially those who earn livelihood on daily basis, lose employment, their access to food will decline because of the decline in their purchasing power. Giving an example of India, he said,

The last two months have been extremely difficult for daily wagers. The government of India has said that 8 crore migrant workers are facing difficulty in feeding themselves which is why the government will provide them foodgrain for three months. Apart from the migrant workers, there is a large proportion of the rural population that has lost livelihood or has suffered huge losses in farming. With no cash, they cannot buy food. So malnutrition will increase and they may be pushed even deeper into poverty. Thus poverty is likely to be increased in future to the pandemic.

He further added that, key for saving people from hunger lies in increasing their purchasing power. There may be enough foodgrain available in a country but its people will still suffer starvation because of lack of purchasing power, explained Dr. Singh. He said,

If money is not given to them and they don’t have the purchasing power, they may not be able to survive. Earlier in 1942, the Bengal famine was also a result of lack of purchasing power which led to hunger. Many people died because of this and not because of non-availability of food. Purchasing power is directly related to livelihood. Thus employment guarantee programmers like NREGA (National Rural Employment Guarantee Act) needs to be given importance.

Dr. Singh highlighted that in India, on an average, a person needs 10 kilograms of cereal in a month for sufficient food consumption. However, under the Public Distribution System (PDS), the government is providing only 5 kgs cereal per person per month to the poorest of the poor which will cater to only half of their consumption needs.

The ‘Hunger Map’ devised by the WFP to map hunger, says that at present in India, 272.3 million people are living with insufficient food consumption, which is about 24.46 million more than three months ago.

According to Dr. Singh, people in many developing countries who have been facing economic hardships due to the ripple effect of COVID-19 pandemic will not be able to get a decent livelihood in the near future. He asserted that this will lead to hunger and hunger deaths. He said that if extra support in terms of money is not given to the people of developing countries, they may get into the quagmire of poverty and hunger.

Basanta Kumar Kar, Recipient Of Global Nutrition Leadership Award, also known as the ‘Nutrition Man’, on the other hand, says more than hunger, the lack of nutrition will push more people towards micronutrient deficiencies causing multiple comorbidities and thus pushing them further into poverty. He said that as far as hunger is concerned, people, especially in rural areas may not suffer hunger deaths due to the following four reasons: First, this year, the country had a bumper crop of wheat and the Food Corporation of India also has ample foodgrains so there will be no lack of food; second, farming is the primary occupation of a major proportion of the population and so to an extent they are self-reliant as they grow their own food; third, a food security system is in place in the country under which the government is obliged to provide food to those who are needy, fourth, the country has a culture of self-help community coping or in other words, helping each other. Mr. Kar said,

In the past three months, the government could hardly help the people in rural areas but they have been able to survive on their own. Countries like India and others in South Asia will be able to survive the aftermath of COVID-19 because, historically, the people in these countries do not depend on the state.

Mr. Kar, however, highlighted that in the country, pregnant women will face a lack of access to nutritious food and there may be a shortage of complimentary meals that are provided to them to address nutrient deficiencies. Poor nutrition and lack of nutritious food for mothers would mean malnourished children with weak immunity for life.

He said that many western countries that are highly dependent on imports are visibly in peril. He said,

Supermarkets in Europe and America are drying as the import of food items and cereals is halted. Such countries need to focus on growing their own food and put in place a food and nutrition security system. People in African countries that are economically poor are most vulnerable to hunger deaths amidst COVID-19 because of the lack of food security system and sources of livelihood.

Also Read: COVID-19 Crisis: WHO Warns That First Wave Of Pandemic Not Over; Dampens Hopes

Related Topics:
Coronavirus Malnutrition
Up Next