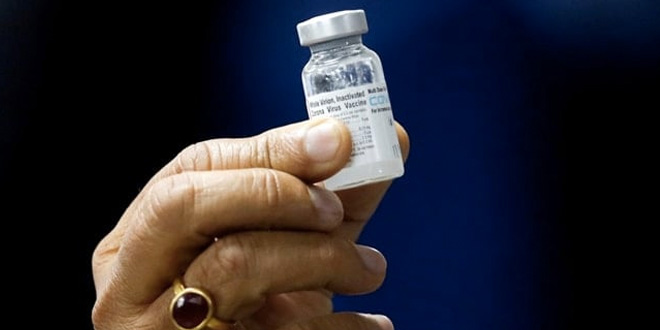 New Delhi: The data for Bharat Biotech’s Covaxin for Children, COVID-19 vaccine for children, is under evaluation and the process will take some more time for final approval from the Drugs Controller General of India (DCGI), sources said. “It’s a sensitive matter. Data evaluation is underway. More data has been submitted,” sources informed ANI.

Recently, the Subject Expert Committee (SEC) had given a recommendation to the Drugs Controller General of India (DCGI) for the use of Bharat Biotech’s Covaxin COVID-19 vaccine for the beneficiaries aged between 2-18 years.

After evaluation of the data, the final approval will be given by the Drug Controller General of India (DCGI). Earlier, Bharat Biotech, in an official statement, had said they are waiting for further approvals from the drug regulators.

This represents one of the first approvals worldwide for COVID-19 vaccines for the 2-18 age group. Bharat Biotech sincerely thanks the DCGI, Subject Experts Committee, and CDSCO for their expedited review process. We now await further regulatory approvals from the CDSCO prior to product launch and market availability of COVAXIN for Children, their statement read.

Bharat Biotech had submitted data from clinical trials in the 2-18 years age group for COVAXIN (BBV152) to Central Drugs Standard Control Organisation (CDSCO). The data has been thoroughly reviewed by the CDSCO and Subject Experts Committee (SEC) and has provided their positive recommendations, the vaccine maker said. The Subject expert committee on COVID-19 has already examined the data.

After detailed deliberation, the committee recommended for grant of market authorization of the vaccine for the age group of 2 to 18 years for restricted use in an emergency situation subject to the setting conditions.

Earlier on November 3, the World Health Organisation (WHO) had also given Emergency Use Listing (EUL) to Covaxin.

Zydus Cadila To Supply One Crore Doses Of Its COVID-19 Vaccine To Government At Rs. 265/Dose