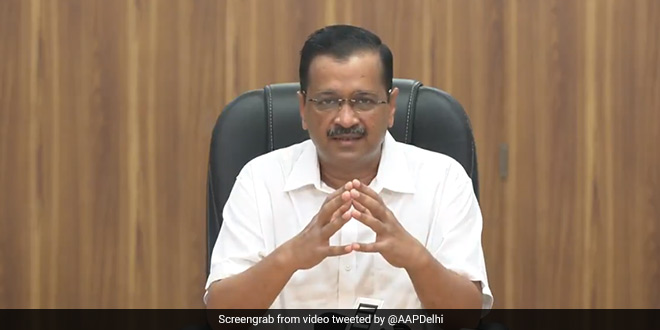 New Delhi: The Aam Aadmi Party (AAP) government has decided to extend its free ration scheme by six months till May 2022, Delhi Chief Minister Arvind Kejriwal said on Saturday. “Inflation is at its peak. The common man is struggling to manage even two square meals a day. Many have lost their jobs due to COVID-19. Prime minister sir, please extend the scheme of supplying free ration to the poor by six months. The Delhi government is extending its free ration scheme for the next six months,” he said in a tweet in Hindi.

The city has over 2,000 fair price shops, 17.77 lakh ration card holders and around 72.78 lakh beneficiaries.The free ration is given over and above subsidised grains distributed to them through ration shops.

The PMGKAY was launched in March last year to ameliorate distress caused by COVID-19. Initially, the scheme was launched for April-June last year, but was later extended to November 30.

Related Topics:
Delhi
Up Next

Covaxin For Children Will Take Some More Time For Final Approval: Sources