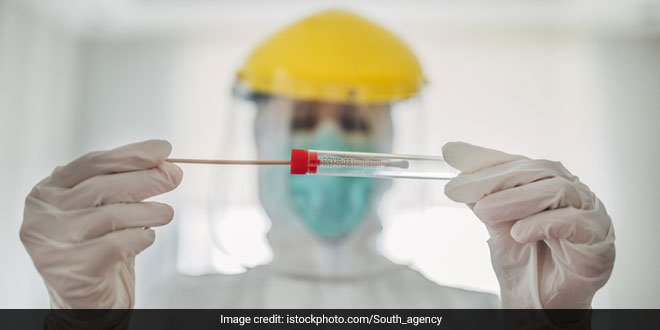 New Delhi: With economic activities resuming gradually, corporate houses are increasingly opting for rapid antigen and antibody tests to screen and protect their employees from coronavirus, several diagnostics labs and hospitals in the NCR have said. The Rapid Antigen Test was introduced in the national capital last month and is a quicker and cheaper alternative to the “gold standard” RT-PCR (Reverse transcription polymerase chain reaction) test, which is considered more reliable.

We are getting antigen test queries mostly through the government. We are also getting queries from corporates that have large employee population who want to get it done for their employees since one or two of their employees have tested positive, said Chetan Kohli, COO of the Seeds of Innocence and Genestrings Lab.

Standard Q COVID-19 Ag detection kit (rapid antigen test kits) is a quick chromatographic immunoassay for qualitative detection of specific antigens to SARS-CoV-2 or the novel coronavirus. The Standard Q COVID-19 Ag detection can be interpreted as positive or negative within 15 minutes of putting the sample into the well by the appearance of test and control lines, which can be read with a naked eye, requiring no specialised equipment. The maximum duration for interpreting a positive or negative test is 30 minutes. After the rapid antigen test was introduced, labs say that there is an increasing interest among people in getting tested.

Zoya Brar, the CEO and Founder of the Gurgaon-based CORE Diagnostics, also said they have received requests from corporates from diverse sectors such as manufacturing, service and travel to help them with antigen testing of their employees. She said they are considering the requests keeping in mind various parameters including the location of the company, infrastructure, number of employees etc.

Accordingly we will share our plan of action. We are currently in conversation with them to expedite the process, she added.

Some labs are getting inquiries from corporates about antibody testing, which is designed to detect antibodies against the virus that causes the deadly COVID-19 disease. Antibodies are proteins produced by the immune system in response to an infection and are found in the blood stream. The test requires a sample to be taken from a person’s arm and it is then tested for a type of antibody called immunoglobulin G (IgG).

Dr. Geeta Chopra, Lab director of the Delhi branch of the Metropolis Labs, said that in the national capital, they have held three or four camps to conduct antibody tests for corporates, while in Mumbai, the camps have been conducted on a larger scale. In Unlock 3, which will come into effect from August 1, the requests are further going to increase, she said.

In Delhi, we are doing more antibody tests than antigen test. Corporates are asking more about antibody tests. The point is when you are doing antigen, you have to do it on symptomatic patients and the corporates won’t be asking such patients to join. We are getting requests for antibody tests, she said.

The senior doctor said that they are getting more than 150-200 requests on a daily basis from commoners also while corporates often go for bulk testing. Dr. Arjun Dang, CEO of Dr Dangs Lab, said they have received quite a few requests from Delhi-based corporates as well as those from elsewhere in the country that are looking to reopen.

Getting the antibody tests for a large company that is trying to unlock or reopen adds a lot of value in a way that it helps them plan their opening up. What I mean by that is that corporates are getting mass screening done for their employees for IgG antibodies, he said.

IgG antibody starts being produced after three weeks of probable exposure, he said, adding the antibody test is not a diagnostic technique but is exclusively used for surveillance and for indicating past exposure to the virus. The test result says whether a person has recovered or is recovering and the body has been successful in producing an immune response in the form of igG antibody.

The corporates are planning to open up in a phased manner. They give a preference to those employees for starting operations who are testing positive for IgG antibodies. Although IgG indicates past exposure and immune response from the body, the most recent literature and studies that are coming up are saying that these antibodies are not lasting for more than a few months, Dr. Dang cautioned.

We have done a few camps and are planning to conduct some more tests in corporates. Even smaller companies and smaller offices are opting for it. This is more about awareness regarding the antibody test, he added.

Herd Immunity In India May Generate Only In Pockets, Can Be Short-Lived: Scientists