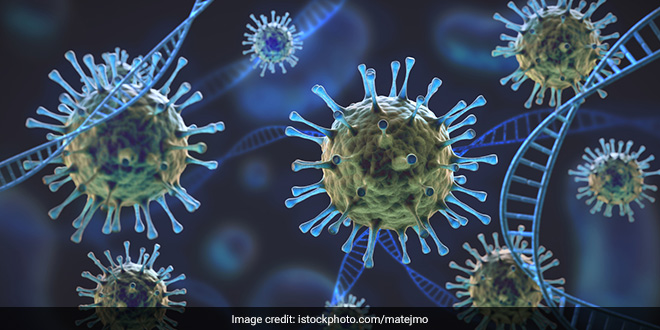 New Delhi: Since reporting the first case of COVID-19 back in December 2019, the world continues to fight the virus and its subsequent variants, 2 years later. As of February 18, there have been 416,614,051 confirmed cases while 5,844,097 have succumbed to the virus. In the last two years, the world has seen record breaking medical emergencies, overwhelmed healthcare infrastructure and recognised the contribution of the frontline workers, and an overall shift in the lifestyle with masks and COVID protocols, due to the lurking virus. However, there are some countries that are ‘COVID free’, as per WHO.

WHO released a country wise breakdown of COVID-19 cases across the world and there are nearly ten nations that have recorded zero cases of the heavily transmissible virus. Most of these countries and territories are islands in the Pacific and Atlantic oceans, and are likely to be experiencing the benefit of bordering only the sea.

Also Read: All Sub-lineages Of Omicron Are More Transmissible Than Delta, Says WHO, Warns Against BA.2

The number of these countries used to be higher until sometime back, but the situation has now changed. A volcano erupted in Tonga recently, and so COVID-19 out broke after ships brought aid to the island nation. Similarly, Cook Islands also reported its first case last week.

Here is the list of remaining countries with zero COVID-19 cases, as listed by WHO:

Island nation of Tuvalu is a group of three reef islands and six atolls. Tuvalu saved the country from COVID-19 by closing the borders and implementing mandatory quarantine. According to WHO data, nearly 50 people in Tuvalu are fully vaccinated per 100 population.

Niue is situated in South Pacific Ocean and is known for its coal-reef dive sites. According to WHO, more than 79 people per 100 are fully vaccinated against COVID-19 here.

WHO has listed this tiny group of atolls in the South Pacific, near New Zealand as Covid-19 free.

Located in the Pacific Ocean, Pitcairn Islands are also listed by the organisation as COVID-19 free. 74 people per 100 are fully vaccinated against Covid-19 here, as per WHO.

Situated near Australia, the tiny island nation of Nauru used to one serve as a Japanese outpost during the World War II.
Today, according to the WHO list, nearly 68 people per 100 are fully vaccinated against Covid-19 here.

Saint Helena is a British Overseas Territory situated in the South Atlantic Ocean. According to the WHO data, 58.16 persons per 100 are fully vaccinated in here.

Micronesia is spread across the western Pacific Ocean comprising more than 600 islands. It is has of four states – Chuuk, Kosrae, Pohnpei, and Yap – that together compose the Federated States of Micronesia. According to WHO, per 100 vaccination coverage in Micronesia is 38.37.

Furthermore, WHO has listed Turkmenistan and North Korea as free of COVID-19, as these two nations have not officially acknowledged any case of the infection.

All Sub-lineages Of Omicron Are More Transmissible Than Delta, Says WHO, Warns Against BA.2