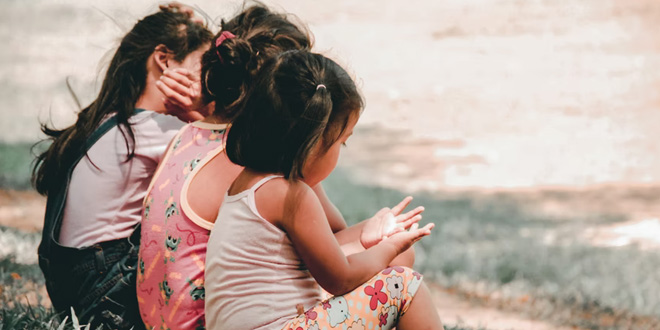 Omicron is causing more hospitalization of children in the under-five age group, according to Professor Lawrence Young, Virologist at Britain's Warwick University

New Delhi: South Africa, where the Omicron variant of coronavirus was first detected, is reporting a large number of infections among children under five years of age. As the new variant, which according to the World Health Orgnaisation (WHO) is a Variant of Concern (VoC), rages through South Africa and spreads to other countries including India, NDTV spoke with Professor Lawrence Young, Virologist at Britain’s Warwick University to learn about the Omicron and its effects on children.

According to Professor Young, the scientists are still learning about the nature of the infection caused by the Omicron variant of coronavirus. He added that so far it seems to be more infectious than the Delta variant, which is said to be responsible for the second wave of COVID-19 in India.

Once a new variant is identified and especially the one that has high transmissibility, it spreads everywhere because of the nature of international travel. We have over 100 cases in the United Kingdom (UK). The more you look, the more you will find. It is very difficult to keep control of variants, particularly if they are more infectious. We are still not sure, what it will do in terms of vaccine protection and how severe disease might develop from this variant, Professor Young said.

Professor Young highlighted that one of the concerns associated with the emergence of Omicron is the infection among children who are below five years of age. He said that compared to the previous variants, Omicron has a high positivity among the children in the 10-14 age group also. He added,

The data from South Africa shows that Omicron is causing infections in the younger age group- below five years- and this is something very concerning. We have not seen this in previous variants. In South Africa, over 70 per cent of the population is still unvaccinated but children seem to be more susceptible to the infection. But we are still waiting for enough data for the Omicron variant.

Stressing on the worrying signs for children, Professor Young said that vaccination for children is an issue everywhere around the world. In absence of vaccines for children and the rising fear of children being more susceptible, Professor Young advises parents to follow Covid protocols and reduce mixing of the youngsters in gathering where they may come into contact with the infection.

While talking about the measures that countries should take in order to curb the spread of the new variant, Professor Young said that the government should be able to monitor the spread. He said,

Surveillance is very important so that cases can be identified and isolated and trace their contacts. Governments must make sure that the people entering the country are properly checked and isolated if they are found positive, to contain the further spread of the variant. You don’t want to bring more infection into your country.

Professor Young highlighted that the data from South Africa shows that the Omicron variant is causing reinfections among people. He said that reinfections by Omicron are happening at a much higher rate than seen in the previous strains of coronaviruses. He also pointed out that while the degree of infection caused by Omicron is still unknown, the number of people acquiring the severe disease and requiring hospitalization is increasing in South Africa.

Professor Young added that currently, the scientists are not sure about how much protection the vaccines will give against Omicron but there is some early evidence that full vaccination is likely to protect against severe disease. He stressed that as various countries including India face community spread of Omicron, getting fully vaccinated is very important. He highlighted that many cases have been reported where the individuals have no travel history or direct contact with someone who travelled to some at-risk country. Apart from vaccination, Professor Young recommended continuing following the Covid measures like wearing masks, washing hands, maintaining social distancing, increasing ventilation indoors to the maximum.

Science And Health: What Is Telemedicine And Is India Ready For It?