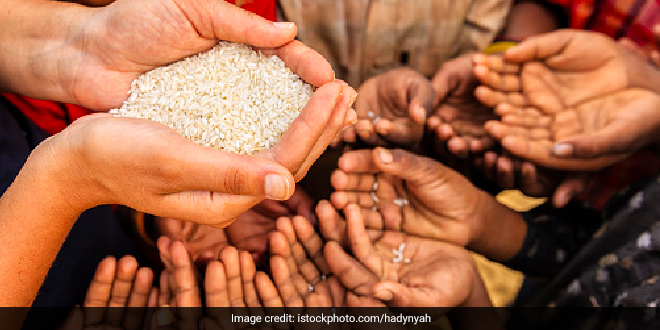 New Delhi: A new report ‘The 2022 Financing for Sustainable Development Report: Bridging the Finance Divide,’ released on April 12 said that the crippling cost of debt financing for many developing countries has hamstrung their recovery from the COVID-19 pandemic. The report further highlighted that this has led to forced cutbacks in development spending, and constrained their ability to respond to further shocks. The UN report also warned the world for a “great finance divide” between rich and poor countries amid the COVID-19 pandemic, posing a major setback for sustainable development around the world.

Also Read: Poshan Maah 2020: What Has Been The Impact Of COVID-19 Pandemic On India’s Malnutrition Targets | National Nutrition Month

Here is a quick lowdown on the findings of the report:

– It also highlighted that globally, many developing countries were forced to cut budgets for education, infrastructure and other capital spending as a result of the pandemic

– The report further said that shockingly, in 2021, 70 per cent of 10-year-olds in developing countries were unable to read a basic text, which is a 17 per cent increase from 2019

– UN report also said that today, 60 per cent of least developed and other low-income countries are already at high risk of, or in debt distress. It said that vaccine inequity remains high and climate change will continue to exacerbate financing challenges, particularly in vulnerable countries

– The report also noted that the vast majority of developing countries will need active and urgent support to get back on track to achieve the Sustainable Development Goals. The report estimates that in the poorest countries a 20 per cent increase in spending will be required for key sectors

Talking about the findings of the report and the way ahead, UN Deputy Secretary-General Amina Mohammed at the launch of the report at the UN headquarters in New York, said,

As we are coming up to the halfway point of financing the world’s Sustainable Development Goals, the findings are alarming.

Talking about the way ahead, Ms Mohammed further added,

There is no excuse for inaction at this defining moment of collective responsibility, to ensure hundreds of millions of people are lifted out of hunger and poverty. We must invest in access for decent and green jobs, social protection, healthcare and education, leaving no one behind.

To bridge the finance divide between the rich and poor countries, the report recommended some actions, one of which stated that all financing flows must be aligned with sustainable development. It said,

For example, the international tax system should reflect the changing global economy and investment policy actions should address vaccine inequality and improve access to medical products. It says that the current high fossil fuel prices provide a renewed opportunity for countries to accelerate investments in a sustainable energy transition.

COVID-19 Pandemic Continues To Be A Public Health Emergency Of International Concern, Say WHO Experts