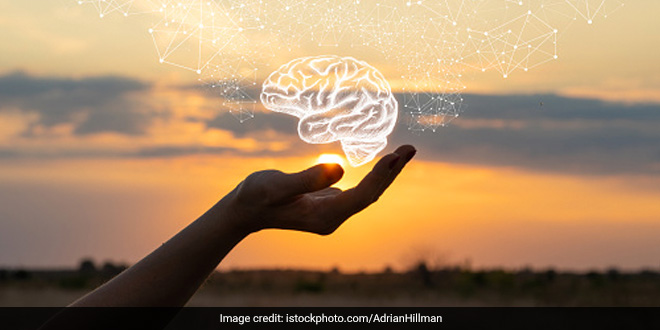 Also Read: Understanding The Burden Of Mental Disorders In India

In order to raise awareness on mental health issues globally, World Mental Health Day is observed on 10 October every year, with the overall objective of mobilising efforts in support of mental health.

Mental Wellbeing is also one of the key focus areas of NDTV-Dettol’s Banega Swasth India campaign in season 8. As a part of the campaign, recently the 12-hour of Swasth Bharat, Sampann Bharat telethon was organised. The telethon saw many eminent personalities coming together to put the focus on Mental Wellbeing in one of the sessions of the telethon and share their stories on how they cope up with the stress and anxiety during COVID-19 times.

Isolation is a very charming thing for the privileged but not a very happy experience for those who are not privileged. For me, the last two years have been liberating. As a small business owner, I had to think of my employees as well. We were working throughout the pandemic. I internalized and discovered so many things about myself as an entrepreneur and daughter. I had the privilege to feel liberated. I think we have become kinder to each other and become aware of mental health issues which is and was looked as a taboo subject. Today people will come and talk about mental health issues which were earlier pushed under the carpet. Today, girls and women are talking about their mental health issues and have set boundaries. Setting boundaries is a big part of mental health.

On the other hand, talking about the COVID-19 pandemic and how it affected the mental health of doctors, frontline workers, Dr Prashant Saxena, Director & Head, Pulmonology & Sleep Medicine, Max Smart Hospital said,

I believe, being a doctor is one of the most physically, emotionally and mentally demanding profession. COVID-19 tested our limits even further. We were not fully prepared for the second wave. There was stress and anxiety at all times. We were concerned about our family members, so we were in quarantine regularly, living in different houses. In a lot of societies, doctors were discriminated. We lost so many doctors as well in the pandemic. There was burnout, insomnia, exhaustion. There was a time, I was seeing over 100 patients a day. There was no time to sleep, but eventually we came out of it. A lot of lives were lost but in the end, we did really well.

COVID was a very very trying time for all of us, especially for the frontline healthcare workers. The doctors or healthcare staff are right there at the side of the bed of the sick and ailing person. Many a times patients are left by their families. For young doctors and nurses – it was really really traumatic to see someone die.

Campaign Ambassador Amitabh Bachchan also shared one of the anecdote from his hospital visit when he was suffering with COVID-19 last year. Giving the tag of ‘angels inside the ICUs and Hospitals’ to nurses, he added,

One thing, I noticed during my stay in the hospital was that on many occasions, patients would desperately ask nurses, ‘give me something and save my life’. Nurses were handicapped. There were times when they were just giving them an ordinary aspirin tablet to make them feel comfortable. They knew patient wouldn’t survive. That kind of trauma was breaking nurses really. They were really like angels.

Dr Jitender Singh Shunty, Padma Shri Awardee and Founder & President of Shaheed Bhagat Singh Sewa Dal, an NGO that helped cremated over 4,000 bodies since the start of the #COVID19 pandemic also joined the telethon. Sharing his experience from on ground, he said,

In the first wave, my entire family tested positive but we kept on working. That time, we cremated around 1368 bodies. I even lost a driver who was with me for 25 years to COVID. When my entire family tested positive, I slept in the car for 22 days. During the second wave of COVID, things got even more difficult. We all have seen people queue up for milk at the dairies, but I saw 40 dead bodies in line waiting for cremation. There were times when people would leave their family members unattended at the cremation grounds and tell us to perform their last rights. When I think of those times, i still get very emotional, I still get those scenes. It was a very scary and difficult time. When i think of those moments, i get very disturbed, even today. It has left a permanent mark in my mind, which i don’t think, i will overcome, ever.

I am happy we are finally discussing psychiatric disorders. We need to give emotional health as much importance as we are giving to physical health. There is no health without mental health. We need governments to have programmes, going house to house and checking what’s happening with people. Senior citizens, healthcare workers have been affected. They might not know they have been affected because on the surface they might seem normal. But you need to scratch. We need to come up with strong mental health ambassadors to tell people that yes, if you have a problem, go and meet mental health professionals. Take medicine if you need. Don’t shy away from taking medicines.