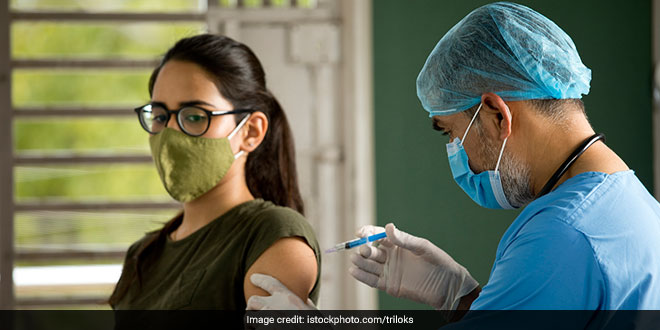 New Delhi: In view of the evolving scientific evidence and global practices, the Union Health Ministry on Wednesday (July 6) revised the duration between the second COVID vaccine dose and precautionary dose from the existing 9 months to 6 months. The Standing Technical Sub-Committee (STSC) of the NTAGI in June recommended reducing the gap between the second and precaution doses of COVID-19 vaccine.

In view of the evolving scientific evidence and global practices, “Standing Technical Sub Committee” (STSC) of “National Technical Advisory Group on Immunization” (NTAGI) has recommended to revise the duration between 2nd dose and precaution dose from existing 9 months or 39 weeks to 6 months or 26 weeks. This has also been endorsed by NTAGI.

“It has now been decided that the precaution dose for all beneficiaries from 18-59 years will be administered after completion of 6 months or 26 weeks from the date of administration of 2nd dose at Private Covid Vaccination Centers (CVs),” it added.

The Health Secretary said that for beneficiaries aged above 60 years and above as well as the Health Care Workers (HCWs) & Front Line Workers (FLWs), a precaution dose would be administered after completion of 6 months or 26 weeks from the date of administration of 2nd dose at Government CVCs, free of charge.

“Corresponding changes have been made in the CoWIN system to facilitate the new dispensation. Instructions in this regard may be issued to all the concerned officials and it may also be publicized widely. I look forward to your support and leadership for extending the benefits of precaution dose to all due beneficiaries at Covid Vaccination Centers (CVCs) as well as at household level during the ongoing Har Ghar Dastak 2.0 Campaign,” Mr Bhushan wrote in the letter.