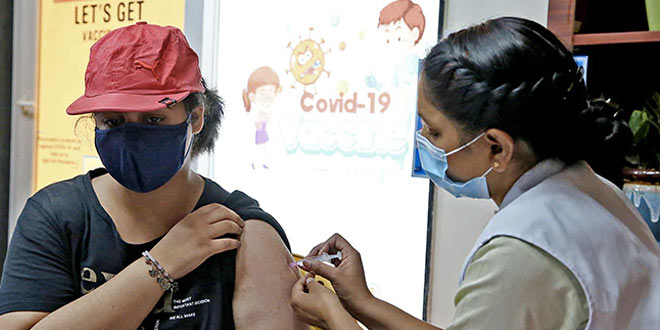 The study, published in Canadian Medical Association Journal, found that the risk to vaccinated people was lower when unvaccinated mixed with unvaccinated

Toronto: Unvaccinated people threaten the safety of those who are vaccinated against COVID-19 even when the immunisation rates are high, according to a modelling study published on Monday. Researchers from the University of Toronto in Canada used a simple model to explore the effect of mixing between unvaccinated and vaccinated people to understand the dynamics of an infectious disease like SARS-CoV-2.

They simulated mixing of like-with-like populations in which people have exclusive contact with others of the same vaccination status as well as random mixing between different groups. “Many opponents of vaccine mandates have framed vaccine adoption as a matter of individual choice,” said David Fisman, from Dalla Lana School of Public Health at the University of Toronto.

However, we found that the choices made by people who forgo vaccination contribute disproportionately to risk among those who do get vaccinated, Mr Fisman said in a statement.

The findings remained stable even when they modelled lower levels of vaccine effectiveness for prevention of infection, such as in those who have not received a booster dose or with new SARS-CoV-2 variants. The findings may be relevant to future waves of SARS-CoV-2 or to the behaviour of new variants, according to the researchers.

The researchers noted that the anti-vaccine sentiment, fuelled in part by organised disinformation efforts, has resulted in suboptimal uptake of readily available vaccines in many countries, with adverse health and economic consequences.

Although the decision not to receive vaccination is often framed in terms of the rights of individuals to opt out, such arguments neglect the potential harms to the wider community that derive from poor vaccine uptake, they added.

Also Read: Coronavirus Explainer: Who Should Not Get Vaccinated? What Are The Possible Adverse Reactions And Other Questions Answered

Covid: Over Six-Fold Rise In Patients Under Home Isolation In Delhi

Trans People Can Register Themselves, Get Benefits: UP Government Plan