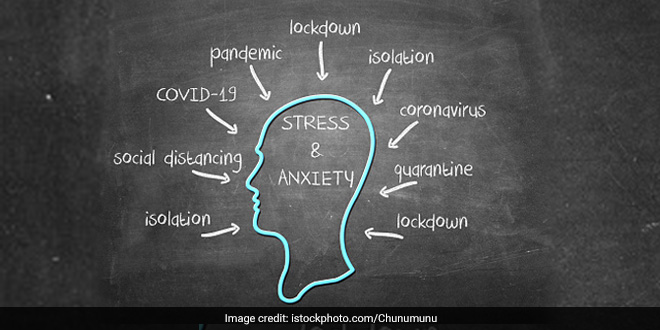 New Delhi: As the Mental Health Awareness month – May, comes to an end, former Director of the Institute of Human Behavior and Allied Sciences Dr Nimesh Desai on Sunday (May 29) opined that the COVID-19 pandemic has helped the Indian population to be more aware of mental health and psychological wellbeing. Speaking with ANI, Dr Desai called the heightened mental health awareness a “positive sign”, but also expressed concern regarding Indians seeking help for the same.

The positive spin-off of the pandemic is the heightened increased awareness of mental health, psychological wellbeing, and looking after yourself. These are all very good points, he said.

Talking about the gap in the treatment of mental health issues, Dr Desai said,

The worrisome part is that there is a big treatment gap. There are a lot of people with mental health issues who do not seek any mental health service.

However, he cautioned that psychological distress and psychiatric disorders should not be thought of as the same.

The only caution or the danger is that as a society, while we want to increase psychiatric health-seeking and increase mental health awareness, it is essential that we don’t confuse between psychological distress and psychiatric disorder. Every human being who lived has experienced at least a few years of psychological distress. We all go through problems, but most of us get over them well, the ex-director said.

He reiterated that there’s a need to be positive while looking after those people who require psychiatric treatment.

On a positive note, Dr Desai said that based on the National Mental Health survey India has comparatively fewer psychiatric disorder cases than the western countries.

The data is very clear; India has less frequency of mental health problems as compared to the western countries, he said.

As per the National Mental Health survey, the overall prevalence of mental health disorders in India is between 10 to 12 per cent; while the global estimates by the World Health Organization are approx 25 per cent. American studies show an even higher number.

May is observed as Mental Health Awareness Month. The purpose of it is to help eliminate the stigma associated with mental illness by raising awareness of mental health conditions and those who have them.

Previous COVID-19 Infection Does Not Protect Kids From Omicron: Study