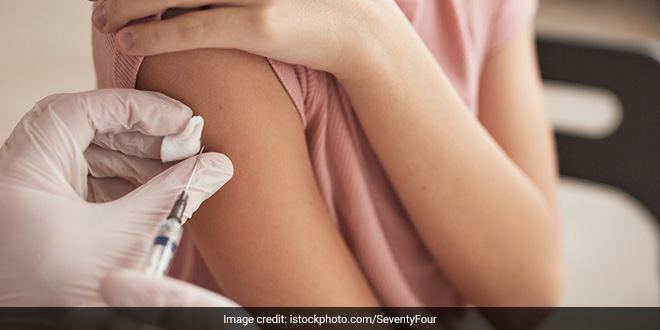 Boston: Children who previously had COVID-19 or the inflammatory condition MIS-C are not protected against the Omicron variant of coronavirus, according to a study which found vaccination, however, does afford protection. The findings of the study, published recently in the journal Nature Communications, are similar to those found in adults. “I hear parents say, ‘Oh, my kid had COVID last year,'” said Adrienne Randolph, of Boston Children’s Hospital, US, senior author of the research paper.

But we found that antibodies produced by prior infections in children don’t neutralise Omicron, meaning that unvaccinated children remain susceptible to Omicron,  Randolph said.

The researchers, including Surender Khurana, from the US Food and Drug Administration obtained blood samples from 62 children and adolescents hospitalised with severe COVID-19. They also used data from 65 children and adolescents hospitalised with MIS-C, and 50 outpatients who had recovered from mild COVID-19.All the samples were taken during 2020 and early 2021, before the emergence of the Omicron variant.In the laboratory, the researchers exposed the samples to a pseudovirus, and measured how well antibodies in the samples were able to neutralise five different SARS-CoV-2 variants of concern: Alpha, Beta, Gamma, Delta, and Omicron. A pseudovirus is derived from SARS-CoV-2, but stripped of its virulence. Overall, children and adolescents showed some loss of antibody cross-neutralisation against all five variants, but the loss was most pronounced for Omicron, the researchers said.

Also Read: With mRNA Vaccine, India Will Have Flexibility Against COVID-19: Scientist

Omicron is very different from previous variants, with many mutations on the spike protein, and this work confirms that it is able to evade the antibody response, said Randolph.

“Unvaccinated children remain susceptible,” the researcher said. In contrast, children who had received two doses of COVID-19 vaccine showed higher neutralising antibody titers against the five variants, including Omicron. The researchers hope these findings will encourage parents to have their children and teens vaccinated.