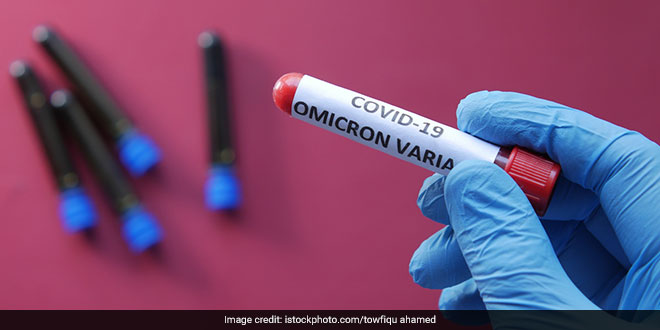 Around 90 per cent of COVID patients admitted to hospitals, in the last eight months, have not received booster doses: Dr NK Arora

New Delhi: Dr NK Arora, Chairman of the COVID working group, National Technical Advisory Group on Immunisation (NTAGI), on Wednesday said that COVID-19 is still around us and quite a significant transmission of viruses is going on. In an exclusive interview with ANI Dr NK Arora Chairperson COVID working group, NTAGI said, “COVID is very much around us and there is quite a significant transmission of viruses going on at the moment in the country. Although we don’t see the severe form of COVID, it is very much around.”

Dr Arora further warned that the rapid change in Omicron sublineage is circulating.

During the last four or five months, we are rapidly seeing two or three changes in the genomic profile of viruses. So we started with BA.1 and then BA.2 and later on a lot of sub-lineage of BA.2 overtook. Somewhere in April, BA.4 and BA.5 also came and now we find during the last two weeks BA.2.75 is the dominant lineage which is circulating

He said that the hybrid immunity of vaccines and exposure naturally to viruses is helping to see that the disease severity is mild. He explained,

There is a rapid change in sub-lineage which is circulating in the country. Now on one side when we look at the clinical behaviour of these viruses, and the severity profile, it is not. So, overall, we feel that currently whatever virus is circulating it is not able to cause severe disease. And there are two important things in this direction. One is that most of the adult population is immunised at the moment. And the second is that most of the population has already been exposed naturally. So this hybrid immunity is helping us to see that the disease severity is mild

He said that during the last seven-eight months no new virus which is causing severe disease has emerged. Dr. Arora added,

However, based on this experience, and also when I look at the first quarter of 2021 when initially we had similar kinds of several types of viruses circulating and suddenly data virus came up. For the last seven-eight months no new virus which is causing severe disease has emerged. In addition, we have also got immunisation so it looks unlikely that there will be any virus, which will cause severe disease but we need to be cautious at least for a few more months

Also Read: India’s Rural Healthcare Workers Are The Backbone Of The Healthcare System

Emphasising further on COVID-appropriate behaviour, Dr Arora also said that the COVID virus is going to stay with us but people need to be careful and be disciplined some more time. He also advised everyone to take precautionary doses as human antibodies decrease after 6-8 months. On taking precaution dose, Dr Arora said,

Two pieces of information I will give to all. One is when we take a vaccine, booster doses will act as insurance for our health in the future. That means if in case a virus comes which can cause severe disease and if one has to protect themselves then he/she must take a precautionary dose because almost everybody who has received two doses, it is more than six months. So precaution dose is important

According to the data, he said, in the last eight months, 90 per cent of patients admitted to hospitals have not received booster doses. He added,

The second is that whatever information we are getting from the whole country, those who are hospitalised with COVID at the moment, mostly they have comorbidities, but the important point is that most of these individuals have not taken precaution dose, which means there is a possibility that if these people had taken precaution dose, then risk of becoming severe disease was less likely

Meanwhile, India on Wednesday reported 7,231 new COVID-19 cases in the last 24 hours, taking the active caseload below 65,000 mark, according to the Union Health Ministry data. Currently, the country has 64,667 active cases.