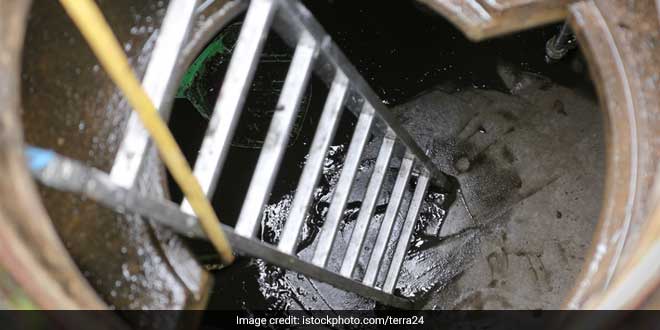 New Delhi: Flagging that it was a “curse” on the society that death of people while cleaning sewage continued to occur, National Human Rights Commission’s chief justice, H L Dattu on Friday said the government “needs to tell what it has done” to end manual scavenging and merely putting laws in place “will not to suffice”. He said this at a National Human Rights Commission’s open forum on the issues and challenges of manual scavenging and human rights here.

In his address, he expressed serious concern over the continuance of manual scavenging in the country.

Mr. Dattu was quoted as saying in a statement by the NHRC,

The government needs to tell what it has done to end this menace. Merely putting laws in place will not to suffice; the ground realties need to change.

Even after the intervention of the Supreme Court in the matter, it appears that the laws to eradicate manual scavenging are lying on the table and may remain so unless implemented proactively.

The commission said it has taken suo motu cognisance of 34 incidents related to manual scavenging menace in the recent past. The NHRC chairperson further said,

This menace should have ended long back by adopting some system, as in the developed countries. It is a curse on the society that we continue to hear about the death of people while cleaning sewage, without protective gear, which amounts to violation of human rights. We hear about such incidents happening in the national capital, imagine what will be the situation in other parts of the country.

Several programmes, policies and welfare measures, including the legislative and programmatic interventions, have been introduced and are being implemented to achieve the desired results.

She said, as per 2018 survey, there are 173 districts in the country where the problem of manual scavenging still continues. As many as 34,749 manual scavengers have been identified so far, she added. Uttar Pradesh tops the list with 16,663 followed by Maharashtra with 6,387 manual scavengers.

Efforts are on to identify the manual scavengers for their rehabilitation through skill development and financial assistance. Identification of dry latrines and their replacement with proper toilets is an ongoing exercise, the statement said.

The railways have upgraded more than 55,000 coaches with biotoilets so that human excreta does not fall on tracks, it said.

Many important suggestions emerged during the discussions, like ensure strict compliance of the legal provisions to eradicate manual scavenging; increasing amount of scholarship for children of manual scavengers up to Rs 5,000 per month; disclosure of data on the number of manual scavengers in every part of the country proactively, the statement said.