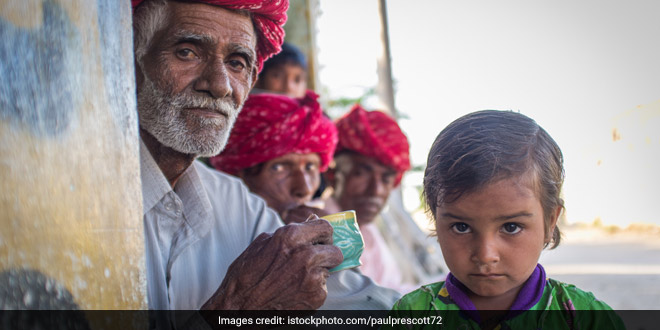 Ahmedabad: In Asia’s largest milk producing district – Banaskantha, when everything failed to bring out children from the throes of malnutrition, a dairy model made it possible. According to UNICEF India, one of their pilot projects has shown signs of achieving the target which many techniques, schemes and money failed to do. In their attempts to reach out to maximum households and convince them to leave their ‘orthodox’ practices and create awareness amongst the general public, UNICEF decided to collaborate with an organization that had a very strong bond with the rural Gujarat – Banas dairy.

With over 4 lakh members, Banas dairy is Asia’s largest milk union. The dairy as many say has very strong hold in the Banaskantha District and even in nearby areas, which prompted UNICEF to shake hands with the Banas dairy.

We observed that the dairy farmers here have one of the best cattle rearing practices in the world. They ensure breastfeeding, immunization and all required practices for their cattle, while the same practices is not followed for their child, Laxmi Bhawani, Chief, UNICEF Gujarat told IANS, while narrating the cause of malnutrition in most of the children in Gujarat.

Ms. Bhawani, said that Banas Dairy several field staff who were already working with the farmers’ families to educate them about farming practices, helped UNICEF spread knowledge on nutrition and cares to be taken during adolescent age, pregnancy and post the birth of child by citing examples of cares they take of livestock at their homes.

Under Poshan Vandana programme, we have trained 421 field staff on importance of nutrition for children, mother and adolescent with life-cycle approach. Each field staff holds meeting at village dairy cooperative society level and shows videos regarding nutrition and cares to be taken during adolescent age, pregnancy and post the birth of child by citing examples of cares they take of livestock at their homes, Ms. Bhawani told IANS.

One of the members of this field staff, Babi Ben who is also the project coordinator of this pilot initiative told IANS that most of the households in the area raised their children with orthodox techniques, as some believed that a new born must be given goat’s milk, while some were reluctant on using THR (Take Home Ration) in their daily diet, which was a big issue in the area and it needed an idea that could change people’s mind set and motivate them to use already available schemes and technique to raise their children.

Many households in the area were reluctant on using the THR, they felt packaged item was not good for their children, while on the contrary it was the best way to provide nutrition to a child. Many houses in the area also opposed breast feeding in initial days of child birth as they believed goat milk was better, this created an issue, Babi ben told IANS.

However, now after about eight months of this pilot project came to life, the weight registers in Anganvadi’s have started to witness less red marks as scores of children have witnessed weight gain and are healthier now, though the number would be available only after some time, but the ground staff of UNICEF, Banas Dairy and even the Anganvadi workers in Banaskantha believe that the families have started to utilize already available government schemes, bring children out of malnutrition.

The government is also stressing on the need for Jan Andolan under the Poshan Abhiyaan. I am sure that this kind of mass mobilizations will lead to improving the present nutritional status in the state, Ms. Bhawani said.