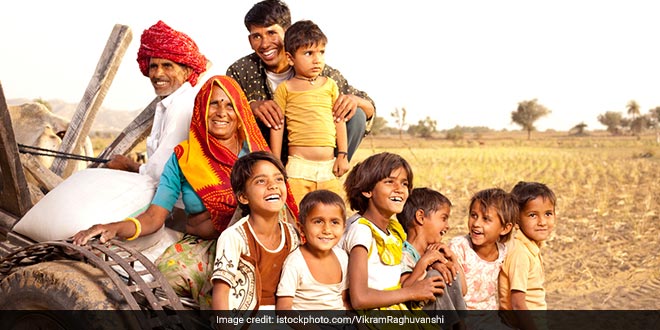 New Delhi: Giving a huge fillip to the Central government’s flagship Poshan Abhiyan, or the National Nutrition Mission, the Women and Child Development Ministry (MWCD) is pushing for agri-nutrition in a big way to encourage diet diversity at local levels, even as the Poshan Maah held last month showed massive participation — with 3.66 crore activities held across the country, compared to last year. The MWCD, under Smriti Irani, has been focusing on the Poshan Abhiyaan – or the Prime Minister’s Overarching Scheme for Holistic Nutrition, and made rapid strides since May this year.

At the Fifth National Council on India’s Nutrition Challenges – Poshan Abhiyan, the minister requested NITI Aayog to operationalise a National Ranking System for Health and Nutrition of Women & Children covering all states. This would help acknowledge the efforts of the states that perform well, promote best practices used by states and also assist in hand-holding the under-performing states, Ms. Irani said.

The National Advisory Panel on Agri-Nutrition is to be co-chaired by the Joint Secretaries of the Women and Child Development and Agriculture Ministries. The move was administratively approved by Ms. Irani’s ministry, the nodal ministry for implementing the Poshan Abhiyaan.
This would help the ministry to converge efforts for better agricultural practices for nutritional crops in order to encourage diet diversity at the local levels.

The intention is to include all Krishi Vigyan Kendras across all states, so that they can help promote better agrarian practices for crops which have an enhanced nutrient value, especially to cater to local nutritional needs, the ministry said.

The Rashtriya Poshan Maah was held in September to emphasise the need for healthy nutrition, and intensify the nationwide campaign for a ‘malnutrition-free India’. The Poshan Maah got an added impetus with Prime Minister Narendra Modi on September 1 urging people to support the government’s holistic nutrition campaign.

He urged people from all walks of life to support the exceptional endeavour. He tweeted his message with the hashtag ‘poshan maah’ to drive home the point.

In his ‘Mann ki Baat’ radio address, PM Modi had also spoken about Poshan Abhiyaan, and urged people to participate. He had also said that due to lack of awareness, both poor and affluent families are affected by malnutrition.

Smriti Irani told IANS, “The Ministry is indebted to the PM for appealing to citizens at large to join efforts to strengthen Poshan Maah activities across the Nation. The fact that 3.66 crore activities were undertaken in one month as compared to Poshan Maah 2018 figures of approximately 22 lakh activities showcases how PM’s Mann Ki Baat became Jann ki Baat.”

The Poshan Maah saw 3,66,55,410 activities held this year, in comparison to 22,58,542 activities last year.
There were over 2 lakh home visits by health workers during the Poshan Maah, compared to less than one lakh last year.