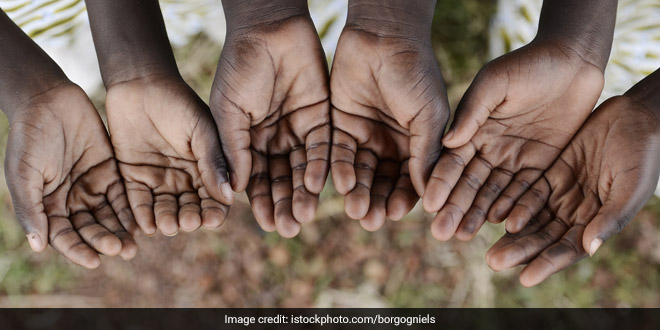 New Delhi: The recently published Global Hunger Index (GHI) 2019 has ranked India 102 out of the qualifying 117 countries that were assessed. The Global Hunger Index comprehensively tracks and measures hunger across the world and India’s rating this year has been poor with a score of 30.3 which according to their guidelines, falls in ‘serious’ category*. Even though India’s neighbouring countries are also in the ‘serious’ category, Pakistan, Nepal and Bangladesh have secured a better rank than India. While Nepal’s is ranked 73, Bangladesh and Pakistan are ranked 88 and 94 respectively. Meanwhile, China is in the ‘low’ category with 25th rank and Sri Lanka managed to be counted in ‘moderate’ category with 66th rank.

The report highlights the crisis of wasting (low weight for their height) among the children aged below 5 in India as it states,

When it comes to child stunting (low height for their age) among the children aged below 5, the Global Hunger Index 2019 recorded India’s rate of stunting at 37.8 percent and “categorized it as very high in terms of its public health significance”.

In India, just 9.6 percent of all children between 6 and 23 months of age are fed a minimum acceptable diet, it reported.

GHI also notes that as of 2015–2016, 90 per cent of Indian households used an improved drinking water source while 39 per cent of households had no sanitation facilities.

In 2014 the Prime Minister instituted the “Clean India” campaign to end open defecation and ensure that all households had latrines. Even with new latrine construction, however, open defecation is still practiced. This situation jeopardizes the population’s health and consequently children’s growth and development as their ability to absorb nutrients is compromised, it states.

Outside of India, the GHI says two countries in South Asia – Bangladesh and Nepal have made significant advances in child nutrition, which is most likely due to increased household assets (a proxy for household wealth), increased maternal education, improved sanitation, and implementation and use of health and nutrition programs, including antenatal (the period before giving birth) and neonatal care (first 28 days after giving birth).

According to Global Hunger Index 2019, like the GHI scores and indicator values, the rankings from one year’s report cannot be compared to those from another.

In addition to the data and methodology revisions described…, different countries are included in the ranking every year. This is due in part to data availability – the set of countries for which sufficient data are available to calculate GHI scores varies from year to year, says the report.

It further explains that any change in country’s rankings from previous years may be partly due to them being compared to a different group of countries. Furthermore, the ranking system was changed in 2016 to include all of the countries in the report rather than just those with a GHI score of 5 or above. This added many countries with low scores to the ranking that had not been previously included.