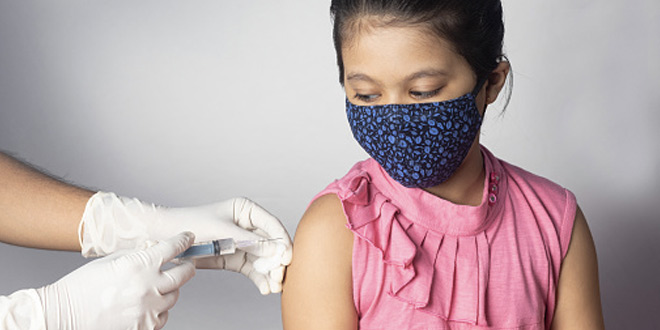 New Delhi: India’s drug regulator has granted emergency use authorisation for Biological E’s COVID-19 vaccine Corbevax for those aged five to 12 years and Bharat Biotech’s Covaxin for children in the age group of six to 12 years, Union Health Minister Mansukh Mandaviya said on Tuesday (April 26). The Drugs Controller General of India (DCGI) has also granted emergency use authorisation (EUA) to Cadila for its ZyCoV-D for an additional dose of 3mg with a two-jab inoculation schedule 28 days apart for those aged above 12 years. ZyCoV-D is, currently, approved for a 2mg three-dose vaccination schedule.

The approval by the Drugs Controller General of India (DCGI) comes following recommendations by the Subject Expert Committee (SEC) on COVID-19 of the Central Drugs Standard Control Organisation (CDSCO).The SEC had last week reviewed the application of Biological E and Bharat Biotech seeking emergency use authorisation for Corbevax and Covaxin for use in children of five to 12 years and six to 12 years age group, respectively. It also reviewed Cadila’s application.

India began inoculating children aged 12-14 on March 16. The countrywide vaccination drive was rolled out on January 16 last year with healthcare workers getting inoculated in the first phase. Vaccination of frontline workers started from February 2 last year.

The next phase of COVID-19 vaccination commenced on March 1 last year for people over 60 years of age and those aged 45 and above with specified co-morbid conditions.

India launched vaccination for all people aged more than 45 years from April 1 last year. The government then decided to expand its vaccination drive by allowing everyone above 18 years of age to be inoculated against the viral disease from May 1 last year.

The next phase of vaccination commenced on January 3 for adolescents in the age group of 15-18 years.

70 Per Cent People Who Took Booster Dose Didn’t Get Covid During 3rd Wave In India: Study