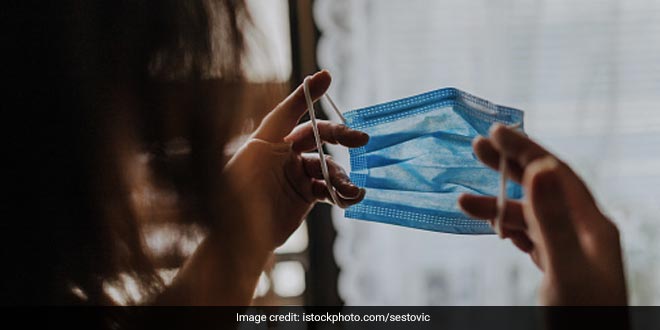 New Delhi: As COVID-19 cases show an increasing trend in Delhi and the National Capital Region (NCR), some neighbouring states have made the mask mandatory in public places again. The governments of Uttar Pradesh and Haryana on Monday (April 18) decided to bring back the mask mandates in some of the districts. Here are all the details:

– In view of the improving COVID-19 situation, the Uttar Pradesh government had given relaxation in wearing face masks earlier this month. But as the cases have risen in the recent weeks, the UP government has made use of masks mandatory in public places in Gautam Buddh Nagar, Ghaziabad, Hapur, Meerut, Bulandshahr, Baghpat as well as capital Lucknow.

– According to an official of the UP government, these mask mandates will apply to everyone in the city, especially schools.

– As of April 18, 65 new Covid cases have been confirmed in Gautam Buddh Nagar, 20 in Ghaziabad and 10 in Lucknow, the official said that Chief Minister Yogi Adityanath has ordered “close monitoring” of the situation in all these districts.

– Along with UP government, the Haryana government too has made it compulsory for people to wear a face mask in public places in Gurugram, Faridabad, Sonipat and Jhajjar amid a rise in Covid cases.

– Haryana Health Minister Anil Vij said in view of the rise in Covid cases over the past few days in Gurugram, the wearing of a mask has been made compulsory. He said that all the four districts are near New Delhi and fall in the national capital region (NCR).

– According to the official data, as of April 18, of 234 cases have been reported in Haryana, 198 in Gurugram alone while 21 from Faridabad.

I think it was a bit early for restrictions to ease, we have to tell people that they need to wear mask and this is the only thing that can protect us apart from vaccines. We cannot get complacent; we cannot think that the virus is dead and cannot infect us. There is a long way to go, look at the other countries now who are facing severe waves due to COVID. So, just because we have less numbers, we should not think that COVID-19 is over and let our guard down.

Without a mask, we could be inadvertently contaminating the air with the virus which may infect a vulnerable person. There are enough studies that tell us the importance of wearing a mask, especially an N-95 mask. If you are wearing a cloth mask, layer it with a surgical mask. It is essential for India to not allow a fourth wave to come in.