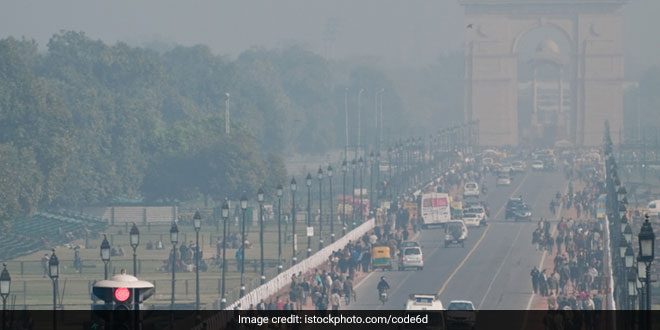 New Delhi: What happens when air pollution levels in the national capital are ‘severe’ but members of environment watchdog Central Pollution Control Board (CPCB) and others, tasked with monitoring the situation, are not in the city to attend a meeting in which crucial decisions need to be taken immediately? The meeting takes place on WhatsApp, the chat sharing social media platform that doubles up as a conference room for urgent, can’t wait decisions.

That’s what happened on Monday when the 10-member CPCB-led task force took the decision to lift the ban on the entry of heavy vehicles, officials said.

The ‘WhatsApp meeting’ on Monday also recommended a shift in the time slot for the entry of heavy vehicles into the national capital, heavy vehicles will now be able to ply between 6 am to 6 pm. WhatsApp is where the task force met on November 9 too, when the ban on construction activities and the entry of truck traffic into Delhi was extended, among other important interventions.

Since the ‘Severe+’ situation has continued for 37 hrs, the Task Force recommends that following measures, which are in force, should continue till November 12, 2018 – Ban on industries using coal and biomass (except power plants and waste to energy plants), ban on entry of truck traffic to Delhi (expect essential commodity) and ban on construction activities, the minutes of the meeting uploaded on the website said.

According to a senior CPCB official, the meeting was urgent and officials from distant places would not have been able to make it on time. Another reason for using WhatsApp is that every decision is in writing and it is more definitive, he said.

When something is agreed on and the other agency gives their consent to it, there is something in writing. This can’t be done on the phone, he said.

Due to the deteriorating air quality of the national capital, a ban was imposed till Monday on the entry of heavy vehicles, construction activities and industries using biomass and coal. Delhi’s air quality has been deteriorating rapidly and has gone off the charts after Diwali.
The CPCB-led task force has been conducting inspections across the city to check for violations and has also been advising authorities on the necessary actions that should be taken.

Puneites Beware! If Caught Spitting, Be Ready To Clean The Spit And Pay Fine