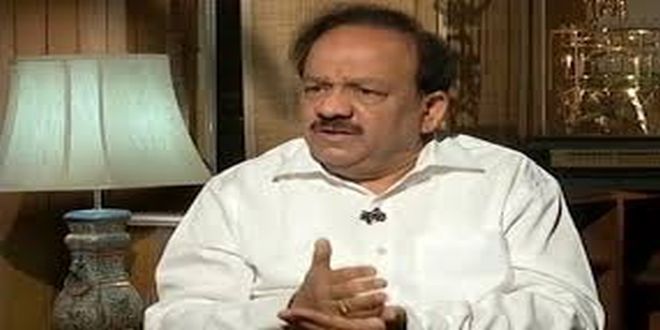 New Delhi: Amidst growing concerns about the worsening air quality in the national capital, Union Environment Minister Harsh Vardhan flagged off five buses on Thursday that are fitted with air-filters which trap the air pollutants, as a pilot project. These buses are meant to carry school children. In the wake of deteriorating air quality of Delhi, this project will be extended to autos and cars and even in the motorcycles, Union Minister Harsh Vardhan asserted. Designed by Faridabad-based Manav Rachna Innovation and Incubation Centre (MRIIC), the project proposes to ply 30 more such buses in Delhi.

According to developers of MRIIC, air inside the buses will be cleaned through filters called Pariyayantra that are fitted on their roof. These filters do not require any power to operate and are equivalent to filtration provided by six room air-filters. The developers said that these air filter units can be mounted on the roof of any vehicle, including auto-rickshaws and two-wheelers. Professor B.S. Gill, leader of the research team said,

As the vehicle moves, air passes through the holes in front of the device. During experiments, we found the filters can trap up to 98% of the particulate matter

Of 52 teams, 44 will report to 33 SDMs posted in Delhi. The Ministry officials said that more than one team is being posted at the pollution hotspot, like Rohini and Dwarka. Union Minister Harsh Vardhan sai,

Pollution rises around Diwali and it is important to check it. While many teams of CPCB are already active, 44 additional teams will monitor different regions of Delhi, while 8 teams will be active in NCR cities to keep a check on garbage burning, construction and others

According to the System of Air Quality and Weather Forecasting And Research (SAFAR), pollution may worsen until November 4, with high moisture trapping the pollutants and calm wind is preventing dispersal. The Air Quality Index (AQI) on Friday at 4 pm was 370 in Delhi, considered “very poor” or near “severe” when ideally it should be less than 100.

To fight against pollution

Mr. Vardhan also said to combat the toxic air of Delhi and NCR, several teams have recommended that rules on construction activity and garbage burning are strictly adhered to. “On the implementation scale of 10, Delhi scores 4.92, Noida 7.36, Faridabad 5.17, Gurugram 3.95 and Ghaziabad 3.77 (the higher the score, better is the implementation of anti-pollution measures),” the Union Minister said. The implementation scoring of Delhi and cities in the national capital region was recently done by Central Pollution Control Board based on the number of polluting incidents reported, their relative impact in surrounding areas and actions that helped check a large number of polluting activities in a reasonable time frame.