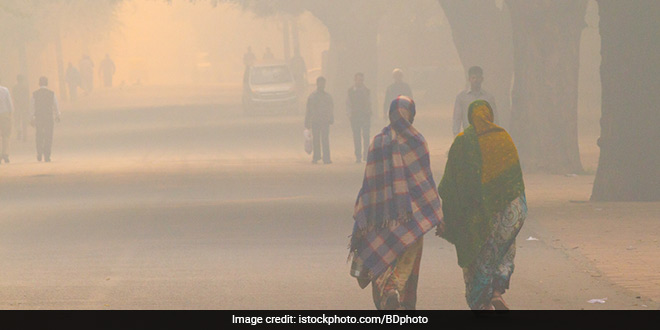 New Delhi: Delhi’s air quality nosedived towards very poor category Tuesday, a day after authorities implemented an emergency plan to combat air pollution. The overall Air Quality Index (AQI) of Delhi was recorded at 293, just eight points below the “very poor” category, according to the Centre-run System of Air Quality Forecasting And Research. An AQI between 0 and 50 is considered “good”, 51 and 100 “satisfactory”, 101 and 200 “moderate”, 201 and 300 “poor”, 301 and 400 “very poor” and that between 401 and 500 is categorised as “severe”.

On Monday, the Central Pollution Control Board (CPCB) had enforced a number of measures like mechanised sweeping of roads and traffic police were deployed at vulnerable areas in Delhi-NCR to ensure smooth vehicular movement. Use of gensets have been banned in Delhi under the Graded Response Action Plan (GRAP) but they are being allowed to operate in NCR because of power supply issues in the area, a senior official said.

Meanwhile, the Badarpur Thermal Power Plant has been closed since Monday. Environment Minister Harsh Vardhan had earlier announced that the number of mechanised road sweeping machines in the national capital would be increased from 52 to 64 by November-end.

With farmers already burning stubble, the Environment Ministry said the government has released Rs 591.65 crore to Punjab, Haryana, Uttar Pradesh and NCT of Delhi for promotion of agricultural mechanisation to manage crop residue. But images from NASA showed that stubble burning was prevalent in Punjab and Haryana.

A senior Central Pollution Control Board (CPCB) official said several factors like vehicular pollution, construction activities and meteorological factors like wind speed were responsible for continuing pollution in the city despite measures being taken up.

The Graded Response Action Plan has been rolled out in the city but its ground level implementation is still going on,” the official said.
The GRAP, notified by the Ministry of Environment, Forest and Climate Change in 2012, prescribes a set of measures to curb air pollution based on the Central Pollution Control Board’s (CPCB) daily Air Quality Index (AQI). The emergency plan gets implemented if “very poor” or “severe” air pollution levels are recorded for 48 hours but given the extent of winter pollution witnessed by the national capital, the plan has been implemented as the air quality slipped to the “poor” category, the official said.

Currently, measures like mechanised sweeping of roads, ban on garbage burning and pollution control measures at brick kilns are in force in the Delhi-NCR region. If the air quality deteriorates further to the “very poor” category, then measures like enhancing parking fees by three to four times and increasing frequency of Metro and buses would be implemented, an official with the Central Pollution Control Board said.

If the air quality reaches the “severe” category, additional measures like increasing frequency of sprinkling of water on roads and identifying road stretches with high dust generation would be implemented. If it falls to the “severe plus emergency” category, then measures like stopping entry of trucks into Delhi (except essential commodities), stopping construction activities and appointment of task force to take decision on any additional steps, including shutting of schools, would be implemented, he added.

In addition, the CPCB has also deployed 41 teams to monitor the implementation of measures taken to combat air pollution. On Tuesday, Anand Vihar recorded an AQI of 381, Dwarka Sector 8 registered AQI of 373, ITO recorded 296 and Jahangirpuri recorded an AQI of 321, according to CPCB data.

The PM10 level (presence of particles with diameter less than 10 micrometres) in Delhi stood at 274 and the PM2.5 level was recorded at 119. Both PM10 and PM2.5 are in “poor” category, according to the data Till October 11, 96 inspections were conducted by the teams across Delhi NCR and the inspections would intensify in the coming days, a senior CPCB official said. The inspections was started by the two-member teams on September 15, he added.