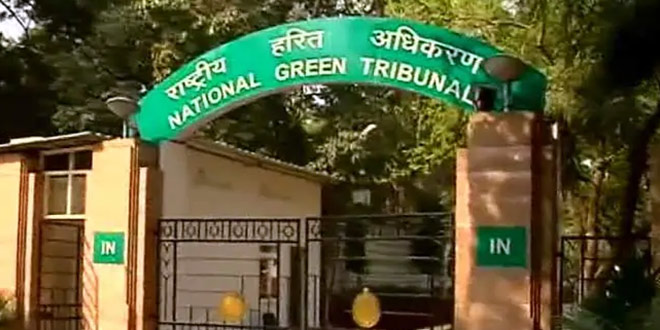 New Delhi: The National Green Tribunal (NGT) on Tuesday imposed a fine of Rs. 50 crore on the Delhi government for not taking action against illegal, polluting steel-pickling units in the national capital’s residential areas. The tribunal also directed the state to shut these units with immediate effect, as they fell under the prohibited list of industrial activities.

We also direct the Chief Secretary, Delhi, to constitute a three-member team to identify persons responsible who may be liable to be prosecuted and punished for violation of law. A report of the action taken may be furnished to this Tribunal by e-mail within four months, it said.

Hearing a plea filed by the All India Lokadhikar Sangthan, an NGO seeking the execution of the NGT’s previous order, a bench headed by NGT Chairperson Justice Adarsh Kumar Goel blamed the state government for not closing the industrial units despite its specific directions.

The NGT had directed the Delhi Pollution Control Committee (DPCC) to take action against stainless steel pickling industries in residential areas as they fell under the prohibited list of industrial activities as per the Delhi Master Plan (DMP), 2021.

The polluting industries functioning at Wazirpur discharged effluents in open drains, which ultimately emptied into the Yamuna river, the plea contended. Under the pretext of decision-making “time is being taken by the Delhi government and the environment is made to suffer continuously, the NGO argued.

The NGT directed the state to immediately stop the operation of such industries and initiate action for violation of the law.

Delhi Chief Minister Arvind Kejriwal’s Media Adviser told IANS that they will wait for a detailed order of the Tribunal before deciding on the future course of action.

Swachh Rail: Trains With Bio-Toilets To Have Dustbins By December 2018