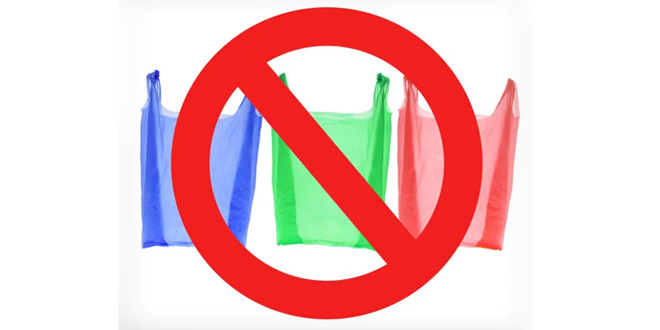 New Delhi: The government of the People’s Republic of China has announced its decision to eliminate plastic pollution across the country by 2025. For this, China’s National Development and Reform Commission (NDRC) and the Ministry of Ecology and Environment on Sunday (January 20) released a plan targeting the sale and production of single-use plastic including a ban on manufacturing ultra-thin plastic bags, disposable plastic tableware, plastic straws and plastic cotton swabs.

To ensure the strict enforcement of the ban, NDRC’s guidelines focus on strengthening the daily supervision and inspection mechanism. It says that any flouting of the guidelines found during inspections will be reported to the relevant authorities for further investigations and punitive measures will be decided according to the law.

China, which has the largest population and is the biggest producer of plastic waste in the world has directed the hotel industry to stop offering single-use plastic items to customers by 2025 and has asked it to reduce the use of plastic by 30 per cent by the end of this year.

Earlier in 2018, China introduced a ban on the import of plastic scrap, in a bid to deal with the waste produced by its citizens. However, the battle against plastic will be a long one for China as last year in November, the Chinese government revealed that its largest garbage dumpyard which is the size of approximately 100 football fields had already reached its full capacity 25 years ahead of the estimated schedule.

Will Such A Ban Work?

While talking to NDTV about the potential impact of China’s plastic ban, Priti Mahesh of Toxic Link, a Delhi based organisation working on environmental justice said,

These are the small but important steps. Nevertheless, currently, we need to look at the actions required at the global scale to address the immediate plastic crisis. Single-use plastic ban in few countries will not make a dent in the crisis situation that the world is facing right not.

However, she highlighted that more people are recognising plastic as a threat to the environment now which is a good sign.

Raman VR, Head of Policy at WaterAid India highlighted that the ban announced by China will not have much impact if it keeps exporting single-use plastic products. He asserted that China exports its goods to almost most countries and those goods are all packed in plastic which contributes immensely to the global plastic waste. He said,

A major difficulty is around the production of plastic and plastic packaging. If China is banning internal use but continues the production and export of these products, our challenges are to remain.

He further highlighted that while countries like India must take cues from China, there is a lot that can be taken from the ban on single-use plastic implemented in the state of Kerala. He said,

I see not only legal measures, but the promotion of a lot of alternatives and best practices in Kerala. Green protocols in massive events, sports tournaments and marriages, wherein use of non-plastic as well as all ranges of use and throw products are totally avoided, with certification and appreciation process, in parallel to enforcement. One has to think these details and involve all walks of people and duty-bearers on this if the aim is to truly eliminate plastic.

China’s decision to ban single-use plastic has been receiving a positive response from Twitterati as well. Anthony Michael Fadell, the Senior Vice President of the iPod division at Apple Inc. shared China’s ban on single-use plastic as a good news but also hinted at the lack of will from corporations to eliminate plastic. He said on Twitter,

Good news! “Regulations on single-use plastic are on the rise globally”

“The policy will suppress demand for plastics, a potential risk for oil & chemical companies“

Pacific Environment, a non-profit organization dedicated to protecting wildlife acknowledged the efforts to reduce plastic and asked people to break free from it. They shared on their Twitter handle,

Great news! Our grassroots partners in #China are working hard to reduce waste. But globally, more attention needs still to be paid to solutions other than recycling and biodegradable plastics, which may be false solutions. #breakfreefromplastic

Great news! Our grassroots partners in #China are working hard to reduce waste. But globally, more attention needs still to be paid to solutions other than recycling and biodegradable plastics, which may be false solutions. #breakfreefromplastic https://t.co/zUQLFFa9Nm

Many other users also responded positively on the news of the ban.

This is AMAZING NEWS. Between 4.8 and 12.7 million tonnes of plastic enter the ocean each year, and with over 1.4 BILLION people, China has been a huge producer of single-use plastics. Now let's see other countries follow their lead! #OpenOceanshttps://t.co/mh2vnGd8SA

If China is to ban the use of plastics by year 2022? Then we have no excuse looking at the size of our population.

If China is to ban the use of plastics by year 2022? Then we have no excuse looking at the size of our population.

China’s plastics ban will also include banning straws in the restaurant industry.

Australia is being left behind. It’s time for us to step up and ban dangerous plastics. #plasticpollution https://t.co/isBLfEYzP3

Then in 2019, Prime Minister Narendra Modi initiated a ‘Plastic-Free’ campaign and said that a blanket ban on single-use plastic items will take place. But so far the government has not issued an official notification for such a ban. However, various states in India like Kerala, Tamil Nadu, Maharashtra, and Uttarakhand among others have initiated ban on single-use plastic.

Why Single-Use Plastic Must Be Banned?

According to the UNEP, approximately one million single-use plastic bottles are bought every minute around the world and as per World Count Facts, an online portal for facts, 5 trillion plastic bags are consumed every year – that’s 160,000 plastic bags a second! Moreover, each plastic may take up to 700 years to decompose.

Single-use plastic not only harms the planet but is one of the leading cause of endangering marine and wildlife. Around 100,000 marine creatures die every year due to plastic entanglement and approximately 1 million seabirds die from eating plastic because plastic cannot be broken down by the digestive system in living beings.