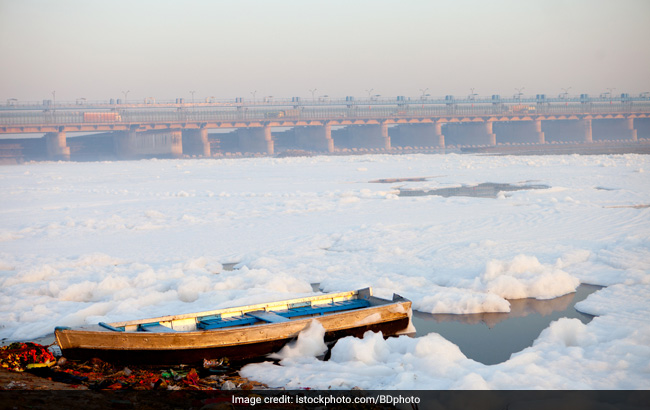 Yamuna marginally get polluted in Himachal Pradesh and Uttrakhand before the water is received at Tajewala.

In the last hearing, Delhi government told the court that the water meant for the city was polluted and Delhi was not getting clean water because Haryana was not allowing clean water to flow into the Yamuna.

The Delhi government has also said that national capital is facing scarcity of clean water due to Haryana which is obstructing the flow of the river.

On Tuesday, the Haryana government told the court that direction has been issued to remove the ‘bundhs’.

Haryana also told the court it keeps releasing the nearly 1050 cusecs water from Munak canal for Delhi. The Haryana government said in a reply,

It is the population of Haryana only, which suffers the vagaries of a lean season and not Delhi as the water works in Haryana would be partly filled/unfilled for some duration, therefore Delhi should take urgent measures to reduce their losses which are alleged to be 10 per cent in treatment and 30 per cent post treatment. Some treatment and post-treatment loses are inevitable, but losses to the extent as projected by DJB are unpardonable and can be termed as criminal wastage of precious raw water.

The bench listed the matter for further hearing on March 13.

The court was hearing a plea, filed by advocate S.B. Tripathi, who has sought direction to the DJB to provide 100 per cent sewage facility in the entire city and the Central government to provide financial assistance to the DJB for the work.

Tripathi has said as 330 cusecs of water was supplied by Haryana through a ‘kutcha’ canal, 50 per cent of water was being lost due to seepage and Delhi got only about 170-180 cusec water per day.

Related Topics:
River Clean Up Yamuna Yamuna Clean Up
Up Next