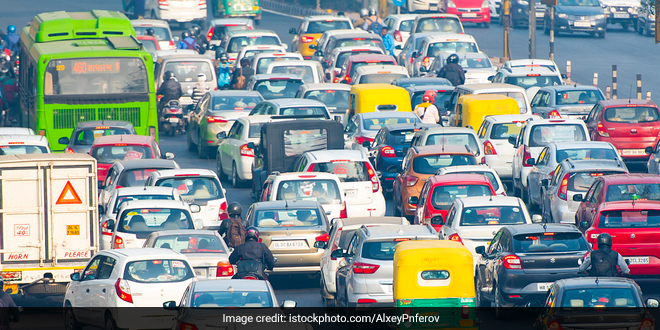 New Delhi: Owners of BS-III petrol and BS-IV diesel four-wheelers will now be able to take out their vehicles on Delhi roads as the curbs imposed on them amid rising pollution levels ended on Sunday (November 13). However, a Delhi government official said a meeting will be held on Monday to decide whether the curbs should continue or not.

The restrictions were in place till November 13 and they have not been extended yet. The AQI (air quality index) has been stable in the last four days in the city. There is a meeting tomorrow to discuss what needs to be done, he said.

During a review meeting last week, the Delhi government’s transport department had decided that the curbs under stage 3 of the Graded Response Action Plan (GRAP) should remain in place for the next few days instead of a knee-jerk reaction.

In an order on Monday, the transport department had said that owners of vehicles found plying in violation of the rule would be prosecuted under the Motor Vehicles Act, which could invite a fine of Rs 20,000.

Vehicles deployed for emergency services and government and election-related work do not come under the ban purview. The transport department had said in its order, “As per the directions provided under Stage III of revised GRAP, there will be a restriction to ply BS-III petrol and BS-IV diesel light motor vehicles (four-wheelers) in the jurisdiction of NCT of Delhi. The above directions will remain enforced till November 13 or downward revision in GRAP stage, whichever is earlier. The restrictions will continue beyond November 13, if CAQM orders GRAP-III and above restrictions.”

NDTV – Dettol have been working towards a clean and healthy India since 2014 via the Banega Swachh India initiative, which is helmed by Campaign Ambassador Amitabh Bachchan. The campaign aims to highlight the inter-dependency of humans and the environment, and of humans on one another with the focus on One Health, One Planet, One Future – Leaving No One Behind. It stresses on the need to take care of, and consider, everyone’s health in India – especially vulnerable communities – the LGBTQ population, indigenous people, India’s different tribes, ethnic and linguistic minorities, people with disabilities, migrants, geographically remote populations, gender and sexual minorities. In wake of the current COVID-19 pandemic, the need for WASH (Water, Sanitation and Hygiene) is reaffirmed as handwashing is one of the ways to prevent Coronavirus infection and other diseases. The campaign will continue to raise awareness on the same along with focussing on the importance of nutrition and healthcare for women and children, fight malnutrition, mental wellbeing, self care, science and health, adolescent health & gender awareness. Along with the health of people, the campaign has realised the need to also take care of the health of the eco-system. Our environment is fragile due to human activity, which is not only over-exploiting available resources, but also generating immense pollution as a result of using and extracting those resources. The imbalance has also led to immense biodiversity loss that has caused one of the biggest threats to human survival – climate change. It has now been described as a “code red for humanity.” The campaign will continue to cover issues like air pollution, waste management, plastic ban, manual scavenging and sanitation workers and menstrual hygiene. Banega Swasth India will also be taking forward the dream of Swasth Bharat, the campaign feels that only a Swachh or clean India where toilets are used and open defecation free (ODF) status achieved as part of the Swachh Bharat Abhiyan launched by Prime Minister Narendra Modi in 2014, can eradicate diseases like diahorrea and the country can become a Swasth or he

Adaptation Must Be At Forefront Of Development Interventions: Secretary, Ministry of Environment Forest and Climate Change