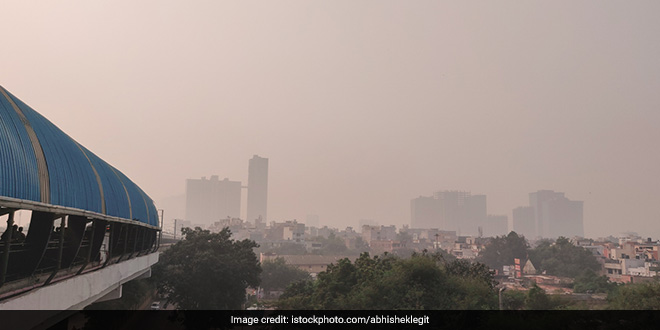 Dr. Mysore said that with the smog works as a lid on the air pollution

New Delhi: India is the world’s second most polluted country, with over 63 per cent of the population living in areas that exceed the national air quality standards, according to the Air Quality Life Index report. Delhi’s air pollution is reported to shorten lives by almost ten years. The report states that nearly 40 per cent of the 510 million people living in northern India are ‘on track’ to lose 7.6 years of their lives on average due to rising pollution levels.

Dr. Satyanarayana Mysore, a pulmonologist at Manipal Hospitals, Bangalore, spoke to NDTV about Delhi’s current status of air pollution and its adverse effects on an individual’s health.

NDTV: How bad is the current state of Delhi’s air pollution?

Dr. Satyanarayana Mysore: As we are aware, there is a huge amount of difference in the air quality index (AQI) of Delhi compared to that of the southern states. It’s about 91–147 AQI in southern parts as opposed to 312-350 AQI on average in the national capital. Anything more than 300 AQI is concerning, and Delhi’s AQI is at a hazardous level. With the smog at this hour of time, it will work as a lid on the air pollution. There is no circulation of air, there is an increase in carbon monoxide, sulphur, nitrogen, etc. That is the magnitude of pollution in Delhi currently.

NDTV: What are the pulmonary health effects of air pollution?

Dr. Satyanarayana Mysore: The health effects of air pollution are well documented. In fact, scientists have correlated the rising level of air pollution with the number of deaths at the time. Air pollution causes approximately 7 million deaths worldwide each year. As doctors, we divide its effect on health into three categories: immediate, short-term, and long-term effects.

As we can see, air pollution affects every organ in the body.

NDTV: What kind of health problems are patients reporting in hospitals?

Dr. Satyanarayana Mysore: We have seen an increase in the number of patients getting admitted to the hospital emergency wards. For others, the requirements of medications are rising, people are reporting skin irritation, conjunctivitis, and a general sense of suffocation. The number of cardiac events has also increased marginally, though there is no definitive data on whether the direct cause is air pollution.

NDTV: Is there any particular routine people can follow to protect themselves in the coming days?

Dr. Satyanarayana Mysore: Each individual currently in Delhi has a great responsibility, and every one can contribute to reducing the AQI of the city. The simple things that can be followed include wearing a mask, and I would recommend a good N95 mask for daily use. Prefer staying indoors, except during emergency times, avoid using personal vehicles to reduce your contribution to air pollution, and prioritise indoor exercises regularly. It is a practically oriented approach shouldered with a sense of responsibility.

Besides, look for appropriate vaccinations, such as a flu shot. The asthmatic patients must be more vigilant at this time, and be particular about taking prescribed medications and using inhalers. People must stop smoking, as it will have a huge impact on their health. Speaking of air purifiers, even though there is limited evidence regarding their effects, the device comes in handy.

“Make Delhi Greener” should be the motto of all Delhi residents, as it will provide long-term benefits. The current situation calls for individual efforts at every level.