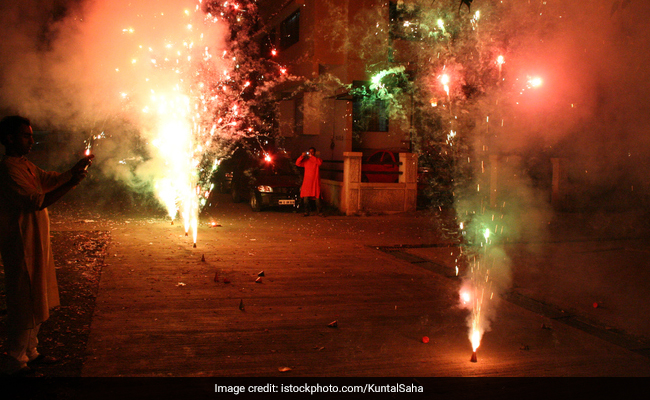 This year, the government has also decided to ban online sales and delivery of firecrackers

New Delhi: Delhi government has extended a complete ban on the sale and use of firecrackers till January 1, 2023, in the national capital, informed Environment Minister Gopal Rai said on Wednesday. The Delhi Government has extended the ban on manufacturing, storing, selling and bursting of firecrackers in continuation of last year’s directive. This year, the government has also decided to ban online sales and delivery of firecrackers. Taking to Twitter, Rai further said that an action plan will be drawn up with the Delhi Police, Delhi Pollution Control Committee (DPCC) and Revenue Department to ensure strict enforcement of the ban.

This time there will also be a ban on online sale/delivery of firecrackers in Delhi. This restriction will remain in force till January 1, 2023. An action plan will be drawn up with Delhi Police, DPCC and Revenue Department for strict enforcement of the ban. In order to save people from the danger of pollution in Delhi, like last year, this time also the production, storage, sale and use of all types of firecrackers are being completely banned so that people’s lives can be saved,” he added.

Keeping in view the dangerous condition of Delhi’s air pollution during Diwali for the last three years, last year too the government imposed a complete ban on the storage, sale, and use of all types of firecrackers.

In view of the dangerous condition of Delhi’s pollution during Diwali for the last 3 years, like last year, a complete ban is being imposed on the storage, sale and use of all types of firecrackers. So that people’s lives can be saved

The government had also launched the ‘patakhe nahi diye jalao’ campaign to create awareness. Back in 2020, the Chief Minister had also appealed to traders, not to stock crackers to avoid losses that they had to incur due to the late imposition of the ban.

In 2020, the National Green Tribunal (NGT) had imposed a total ban on the sale or use of all kinds of firecrackers in the National Capital Region from November 9 midnight to November 30 midnight. Diwali will be celebrated in the last week of October this year.

Air pollution had risen in the winter months in Delhi in recent years due to excessive use of firecrackers and the burning of stubble by farmers in neighbouring states, following which the Kejriwal government had banned use of firecracker.