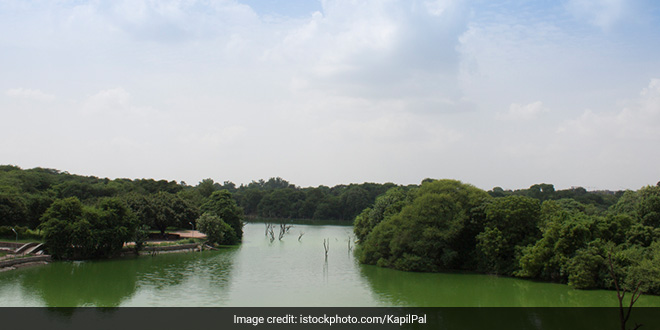 New Delhi: The Delhi government is making one last effort to salvage the water bodies which have gone extinct over the years due to large-scale encroachment and negligence. There are 1,043 water bodies in the capital which have been allotted unique identification numbers. 1,014 of them have been mapped on the GIS platform. The Wetland Authority of Delhi, constituted in 2019, is now making rapid strides to notify at least 20 of them under Wetland (Conservation and Management) Rules, 2017, by January next year, according to officials. These include Sanjay Lake, Hauz Khas Lake, Bhalswa Lake, Tikri Khurd Lake, Welcome Jheel, Daryapur Kalan, and Sardar Sarovar Lake.

Once notified, the water bodies will be protected against encroachments, dumping of garbage, discharge of untreated wastewater and effluent from industries, and setting up and expansion of industries etc. In March, the Wetland Authority of Delhi had received a request from land-owning agencies to delete 258 “extinct” water bodies from the official list of 1,043 wetlands in the capital as public and private utilities have come up in their place.

According to officials, private buildings have come up in place of 62 water bodies, 52 are now being used to provide public services, 37 are untraceable, 14 have been encroached upon by educational institutes, 11 have been turned into parks and recreational centres, 6 are being used for commercial services and unauthorised colonies have come up on 5.

A technical committee is now reviewing the request for the deletion of water bodies from the official list, they said.

At a meeting held on March 28, the panel proposed to conduct a survey to ascertain the “level of degradation” of these water bodies and prepare a ‘Red Document’ — which will include those that cannot be saved — and a ‘Green Document’ listing the ones which can be reclaimed and restored.

The water bodies that cannot be revived will be deleted from the list.

“Field teams have been constituted for ground truthing. These will collect crucial information such as the historic spread of these water bodies, their capacity, how they went extinct, who was responsible, what has come up in their place, etc.,” a member of the technical committee said on condition of anonymity. One of the teams has already surveyed a cluster of eight to nine extinct water bodies in north Delhi district. The process is going to take some time, another member of the panel said.

He said the panel will try to compensate for the loss of water bodies by asking the encroachers, be it a private individual, a government agency or an educational institution, to provide alternate land for the development of wetlands.

“The purpose is to discourage further encroachment of wetlands in Delhi. Those responsible should be penalised,” a panel member said.

“We will also try to remove the encroachment wherever feasible. If a structure has come up on a part of a wetland, we will try to remove it. It could be our last attempt to salvage some of the extinct wetlands,” he said.

Related Topics:
Delhi Environment
Up Next

Health For All: Government Schemes And Programmes Targeting Mothers, Children And Young Adults

Health For All: Here’s All You Need To Know About Ayushman Bharat Digital Mission