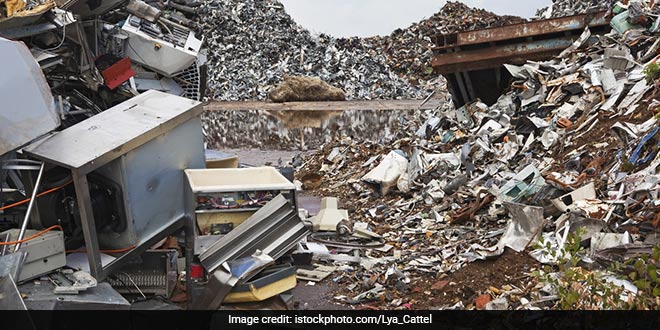 New Delhi: The Delhi High Court directed the Centre to prepare an action plan in two months for recording the quantity and nature of electronic waste (e-waste) generated in the national capital.

The direction by a bench of Acting Chief Justice Gita Mittal and Justice C Hari Shankar came after Sunita Narain, who heads the Centre for Science and Environment, submitted a report which said there was no inventorisation of the e-waste of the city.

The report said a proper record of the quantity and nature of e-waste would help to manage it better.

Also Read: As Ministry Of Environment Reduces E-Waste Targets Again, Experts Voice Concern On How The Move May Backfire

The court had earlier dubbed e-waste as a “critical area” that has so far escaped attention.

Taking note of the submissions, the court directed the Environment Ministry to examine the report and come out with an action plan on the mode and manner in which inventorisation would be affected.

The bench said that the plan and the steps therein have to be time bound and directed the ministry to also indicate how e-waste was being managed and disposed of at present by the industries.

The directions came while hearing PILs filed by advocates Arpit Bhargava and Gauri Grover seeking directions to the authorities to take steps to prevent the spread of vector-borne diseases in the national capital.

While hearing the PILs, the court also looked into the issue of solid waste management as it was of the view that garbage and lack of cleanliness also contributed to the spread of the vector-borne diseases.

During one such hearing on March 14, the court had asked Ms Narain to give a report on e-waste disposal.

In her report, she has said that while two million metric tonnes of e-waste is generated every year by the country, the contribution by Delhi was not known and without it an effective plan for managing e-waste cannot be devised.

Meanwhile, the civic bodies told the court that they have been taking steps, like issuing challans and installing metal bins in garbage dumps, to address the issue of littering and overflowing ‘dhalaos’.

They also said that they have taken action against their officials who have deselected their duties to ensure cleanliness in the city.

With regard to the number of vector borne diseases in the city, the civic bodies said that the situation was better and under control.

The bench, thereafter, directed them to file status reports on all these aspects.

Taking On Stigmas And Taboos: Comptroller And Auditor General Steps Into A Toilet, Empties It Barehanded