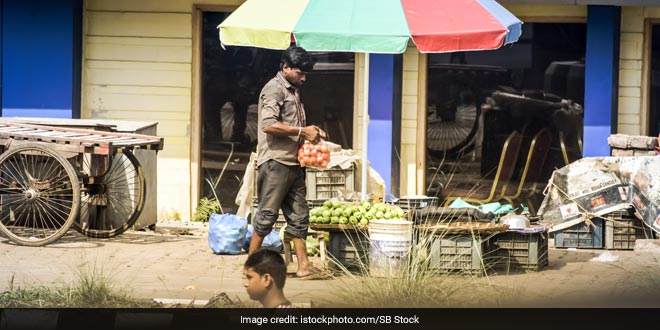 New Delhi: The South Delhi Municipal Corporation (SDMC) has seized around 3,800 kg of polythene or plastic bags in the last 10 days and imposed penalties worth Rs 8.1 lakh, officials said on Saturday. The SDMC has been intensifying its efforts in confiscating polythene bags from traders, stockist, and shopkeepers in order to stop the usage of such products. The civic body has also been appealing to people to shun single-use plastic in keeping with the vision of Prime Minister Narendra Modi.

In the last 10 days, from all zones, around 3,800 kg polythene bags have been seized, and around 350 challans worth fine of Rs 8,10,000 have been issued for possessing polythene bags, the SDMC said in a statement.

In all, 590 properties were inspected to find out the quantity of polythene bags stored there, it said. The maximum seizure was in south zone where authorities inspected 159 properties, while confiscating 2,071 kg of polythene, the statement said. In order to spread awareness against use of polythene bags, around 35,000 pamphlets and other materials have been distributed in various markets, the SDMC said.

Meanwhile, the SDMC on Saturday also organised an event in Greater Kailash-I to raise awareness on the issue. At the event, New Delhi MP Meenakshi Lekhi asked market associations to use paper, jute and cloth-made bags instead of polythene to handover sold items.

She also asked the resident welfare associations to arrange for collection of plastic waste from houses and flats and hand it over to the employees of SDMC for proper disposal.

Anaemia May Contribute To The Spread Of Dengue, Suggests Study