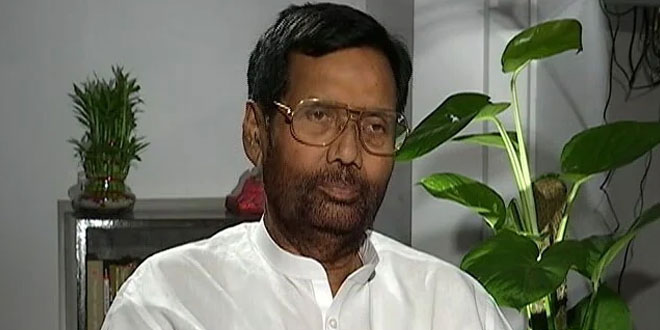 New Delhi: With the government waging war on single-use plastic, mixed feelings have cropped up with some pointing at the positive environmental impact of such an action and others citing the likely unemployment it could cause in the industry. Although there is no clarity on when the government plans to impose a complete ban on the sale and manufacture of single-use plastic, Union Consumer Affairs Minister Ram Vilas Paswan on Thursday spelt out in an exclusive conversation with NDTV that it “has to be banned, but in a phased manner.” Mr. Paswan said,

With plastic manufacturers’ associations in the country asking the government to come clean on what can be defined as single-use plastic, the Union Minister came up with an easy-to-understand definition. He said,

If I were to explain this in layman’s language, any plastic that’s use and throw is single-use plastic. Let the industry come up with alternatives. The government has made its intention absolutely clear, and it wants this form of plastic to go.

Another concern raised was the possible job loss and effect on the economy if such a ban were to be implemented. Mr. Paswan allayed those fears, saying that “new alternatives to plastic will also create new job opportunities”. To a question on whether the government must first work on alternatives before contemplating a ban, he said that “both plan and ban have to go simultaneously. We cannot endlessly wait for alternatives”.

But Mr. Paswan’s words may not please plastic water bottle manufacturing firms which, in a meeting with the minister on Monday, requested that their products be spared any such ban because it would be catastrophic for the Rs. 30,000 crore industry that employs lakhs of people.

However, the Union Minister gave them a three-day deadline ending Thursday to come up with an alternative to plastic bottles. He said,

I will be calling up these representatives to enquire about alternatives they have worked on.

Prime Minister Narendra Modi had said in his Independence Day speech that the first step towards freeing India from single-use plastic will be taken on October 2, the birth anniversary of Mahatma Gandhi. On Wednesday, he sat with women sanitation workers to pick plastic from garbage at the “Swachhta Hi Seva” event in Uttar Pradesh’s Mathura in an effort to demonstrate the importance of ending the use of the polluting agent.

Prime Minister Narendra Modi Gives A Thumbs Up To ‘Coolie No. 1’ Team For Supporting Government’s Campaign Against Single-Use-Plastic