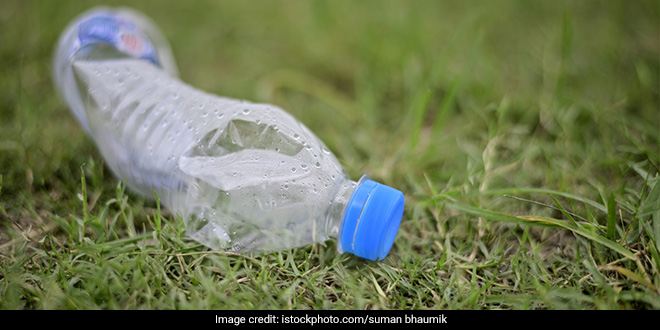 The representatives from various manufacturing units of plastic bottles as well as the suppliers of packaged drinking water would be invited in the meeting for a brainstorming session.

The government believes since access to water is a fundamental right, a ban cannot be imposed on the sale of water. Therefore, finding an alternative solution to plastic water bottles is necessary.

According to informed sources, the government wants to get rid of the different sized bottles used for packaged water as well as sealed plastic glasses (filled with water) in a phased manner.

Alternatives should be found to plastic packaging and we should become leaders using ‘Make in India’. We should see how we can take a lead in this field. PM Modi had on August 15 appealed to the nation to put an end to the single-use plastic which is extremely harmful to the environment. This will majorly affect the water sold in plastic bottles, the Minister said on the side lines of an event.

Sources said the government is also preparing a list of products that utilise single-use plastic in large quantities, to ban their usage.

India generates approximately 26,000 tonnes of plastic waste daily, which makes it the 15th largest plastic waste generator globally. A 2018 report by The Energy and Resources Institute (TERI) states that plastic accounts for 8 per cent of the total solid waste generated in the country annually.

Citing data from the Central Pollution Control Board (CPCB), the report states that Delhi produces the largest chunk of the plastic waste, followed by Kolkata and Ahmedabad.

The Prime Minister had on August 15 called for a nationwide movement to put an end to single-use plastic from October 2, the 150th birth anniversary of Mahatma Gandhi.

PM Modi first made the appeal during his Independence Day speech and exhorted the nation to turn it into a mass movement.

Recently, the Lok Sabha secretariat prohibited the use of non-reusable plastic water bottles and other plastic items within the Parliament from August 20. The government-run Indian Railways has also decided to put a ban on single-use plastic materials on its premises, including trains from October 2.

Poshan Month: People From Across The Nation Lead The Fight Against Malnutrition By Participating in ‘Poshan Maah 2019’

Nutrition Week: Children Living In Village Near Jharkhand’s Jamshedpur Are Suffering From Malnutrition